Lindsey Buckingham On Mark and Brian This Morning (Download The Interview) 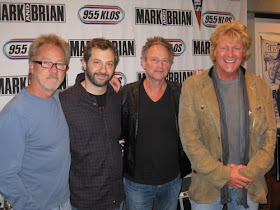 Buckingham didn't actually confirm he's got a new album coming out this morning on Mark and Brian - but did say he "did not plan on recording another solo album" as he already carved out 3 years to put out his last two in 2006 and 2008. He also said he thinks the momentum was lost with Fleetwood Mac putting an album together after the Unleashed Tour - but they will probably get in the studio as Fleetwood Mac and record after everyone gets finished up with the next 10 months.
He also said....