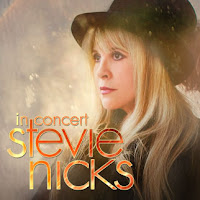 NEW YORK, NY--(Marketwire - Jun 21, 2011) - Stevie Nicks, whose new CD "In Your Dreams" debuted last month at No. 6 on the Billboard Top 200 Album Chart, will begin a 15-city "In Your Dreams Tour" beginning in Denver on August 9th; it was announced today by her label, Reprise Records.

Nicks, a multi-Grammy Award winner as a solo artist and member of the legendary Fleetwood Mac and Rock & Roll Hall of Fame inductee, most recently toured with Rod Stewart as part of their "Heart & Soul Tour."

Her new "In Your Dreams" CD has received glowing reviews including US Magazine who declared it "the best album of Nicks' four decade career." Her new single, "For What It's Worth" has just been released.

The "In Your Dreams Tour" schedule is as follows: