VOTE TODAY! Greatest Guitarist of all time - by Guitar World Lindsey Buckingham Round 1 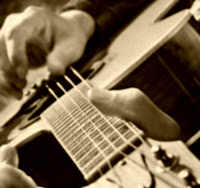 Readers Poll:
The Greatest Guitarist of All Time, Round 1 - Lindsey Buckingham Vs. Peter Frampton


Guitar World Greatest Guitarist poll pits 128 guitarists against one another.  Who will be crowned the Greatest?  Play along... Round 1 is up and ready for your vote!

Whether you are a fan of Lindsey's music or not, there is no denying his incredibly melodic fingerpicking abilities - deservedly recognized as one of he best! (Voting is now closed)

* Thanks for the numbers Jackie!

Wonder who he'll be up against in Round 2?