Part of that might be a stretch, but there was one stage on Friday at a nearly packed Amway Center.

In terms of musical chemistry, these two veteran rock stars seem like an odd couple. Not exactly leather and lace, you know?

Still, Stewart and Nicks (who didn’t sing together on this night) have enough classic favorites for an appealing nostalgia trip. That’s especially true for Stewart, who also possesses a knack for channeling material of heavyweight songwriters from Bob Dylan to Van Morrison.

Nicks, on the other hand, hasn’t been as busy, releasing only two studio projects since 2001. In a well-constructed 75-minute opening set, songs from her 2011 “In Your Dreams” album were strong enough to hope that she doesn’t wait so long for the next release. Even without the rest of her old band, the classics “Dreams,” “Gold Dust Woman” and “Landslide” remain powerful.

Dressed in flowing black, with matching fingerless gloves, Nicks offered a dramatic assortment of mystical gestures and the occasional spinning dance move, especially in a theatrical “Rhiannon.” Between songs, she was chatty enough to qualify as the heart of the “Heart & Soul” tour. 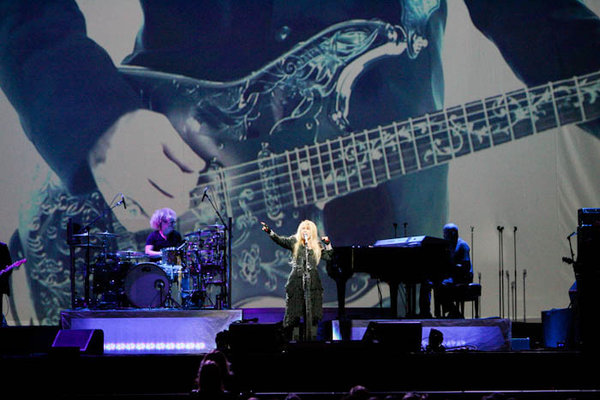 Interesting looking venue! Small... Intimate for sure... and in what appears to be the woods!
The sound must have been awesome! 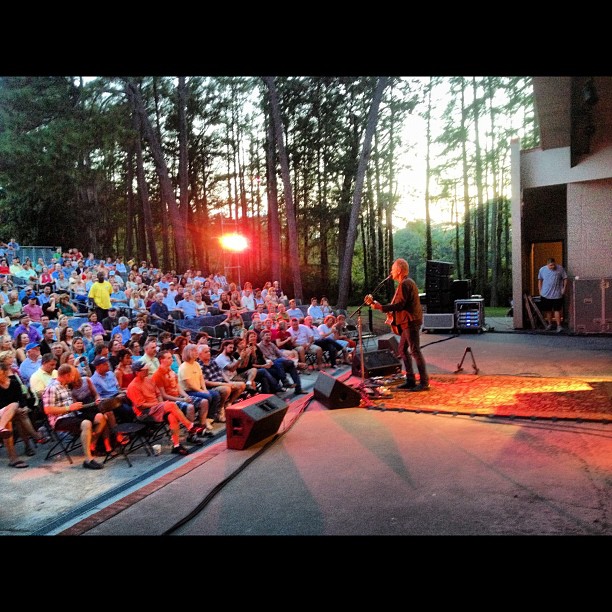 STEVIE NICKS | ROD STEWART - LIVE IN PITTSBURGH
My most anticipated internship assignment of the summer happened on Saturday night when I went to CONSOL Energy Center to photograph Rod Stewart and Stevie Nicks in concert.  I was especially excited to see Stevie because I consider her one of my musical heroes, and I had always wanted to watch her perform live.  Yet, I was also curious to see what Rod Stewart’s set was like, since I like a good number of his songs and had heard he was really funny and entertaining onstage.