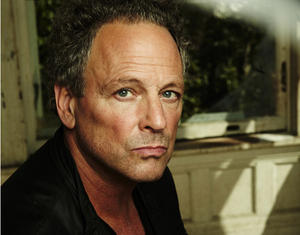 Lindsey Buckingham: 'I Would Love to Do' a New Fleetwood Mac Album
Singer-guitarist talks possible studio reunion and his solo tour
Rolling Stone

"Fleetwood Mac is gonna start rehearsing probably the beginning of February and I'm actually looking forward to it. I miss those guys."


"Buckingham is also interested in recording with the band again, a project he says is on the "back burner" for now but not overruled. "Absolutely, absolutely I would," he says of creating a new album. "In fact, about six, seven months ago, John [McVie] and Mick [Fleetwood] were over here and we actually cut some tracks, and we did enough for maybe half an album. But you gotta get Stevie [Nicks] on board with that, and at the time, she was really quite caught up in what she was doing . . . but I would love to do that because John and Mick were playing their asses off."

Come on Stevie... Get on board!

This month, he concludes a solo acoustic tour and digitally releases a live album on November 13th. (Rolling Stone will premiere one cut, Fleetwood Mac's "Big Love," next week.) After that, he will return to the Fleetwood fold for the band's massive 2013 tour.