“Always leave them wanting more,” is a time-tested showbiz adage, but there’s such a thing as taking even good advice too much to heart. Such was the case Friday night at the Pageant, where once-and-(presumably) future Fleetwood Mac guitarist and sonic auteur Lindsey Buckingham put in a brilliant but exceedingly brief night’s work.

Clocking in at a mere 75 minutes, the show found Buckingham performing without the support of a backing band or even an opening act. Neither factor is a fault in itself. It’s often preferable at concerts to dive right into the headlining set; and solo shows can sometimes offer insights into heavily layered studio creations like Buckingham’s by stripping them bare.

So that much was fine. But the show was billed as “an evening with” Buckingham, and it was hardly that.

For the time he was onstage, however, Buckingham burned brightly, delivering dazzling guitar work and singing each song with energy and intensity.


"The show was terrific, but simply too short."

Read the full review at stltoday.com 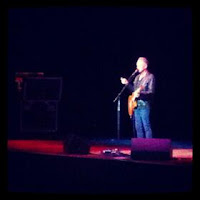 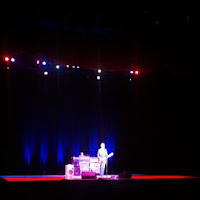 Lindsey was spotted outside the venue after the show