Christine McVie briefly came out of retirement to talk about her work on Fleetwood Mac’s classic 1977 Rumours album. 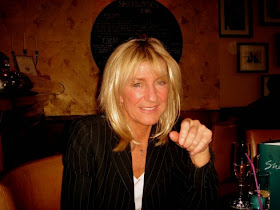 Christine McVie came briefly out of retirement to talk about her work on Fleetwood Mac’s classic 1977 Rumours album. McVie, who quit the band in 1998, told Mojo that when Lindsey Buckingham and Stevie Nicks joined the band in late-1974, she immediately knew she had to step up her game, explaining, “When Stevie and Lindsey joined I was in awe of the way they wrote and sang together. It was tough to compete and be good enough. I wasn’t a prolific writer to any degree. I didn’t start writing songs properly until I joined Fleetwood Mac. I was quite a novice on (1972′s) Bare Trees and (1971′s) Future Games.”

When asked if she was in touch with her former bandmates, McVie said: “I am in touch with (ex-husband) John (McVie) very often. Stevie and Lindsey not so often.”

She spoke about the weird situation of finally catching a Fleetwood Mac concert as an audience member, joking, “I have a really good time when I go. I can stand at the soundboard and watch them sweat. They do my songs, ‘Don’t Stop’ and ‘World Turning,’ but they are limited to what they can do of mine. I think they tried ‘You Make Loving Fun,’ but I don’t think the sound of their vocals were right. But I wish them well.”

In 2003 Christine McVie says that after attending a then-recent Fleetwood Mac concert in London, she had no regrets about splitting from the band and leaving the road behind: “I just felt kind of relieved, if you want to know the truth, ’cause I, I went backstage afterwards, and they were all so tired, and, I just don’t think I could do that anymore. It’s kind of, if you like, verified that I’d made the right decision.”

Fleetwood Mac will release two expanded versions of Rumours on January 29th, featuring a remastered version of the multi-platinum collection, along with two discs of outtakes, and a new “making of” documentary. Both available to pre-order on Amazon or iTunes.

Christine's remarks can be found in the January, 2013 edition of Mojo Magazine.