Lindsey Buckingham On His ‘Collaboration’ with Norah Jones


Lindsey Buckingham and Fleetwood Mac have been in the news lately, since announcing their upcoming 2013 tour. But Buckingham also has a pair of new songs out on the soundtrack to Judd Apatow’s latest film, This Is 40, in addition to a new solo live album, 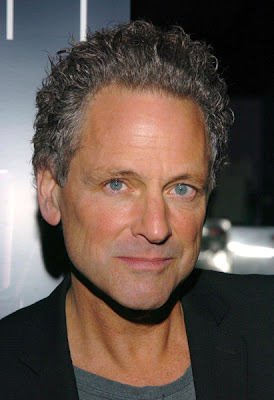 One of the This Is 40 songs, “Brother And Sister,” is billed to Buckingham “featuring Norah Jones,” but the guitarist is quick to note that she wasn’t actually involved in the song’s creation.

“She’s not really a collaborator,” Buckingham tells CBS Local. “A lot of that wasn’t even something I was there for. I went in and I put the song together in the studio with Jon Brion, who produced the soundtrack. By the way, I have a lot of new-found respect for people who do this, it isn’t an easy task putting a set of original songs together for a movie.”

Jones was working on her own song for the film, “Always Judging,” and Brion recorded her doing some backing vocals for “Brother And Sister.” But Buckingham notes, “I wasn’t there when she did what she did on the song. I hadn’t even heard the final mixes yet.”

While Buckingham is known to have a strong hand in the studio on both Fleetwood Mac and his solo records, he was more laid-back in this situation. “They said they wanted to send me the mixes, and I said, ‘don’t worry about it. I’m sure they’re great,’ and I left it like that.’”

Buckingham explains that his work on This Is 40 came about because he’s been friendly with Apatow for a while. “He asked if I had any stuff that he could use in a movie,” Buckingham says. “I always have rough ideas sitting around, so I said yeah. I went to his house. He had a list of ideas for subject matters for songs, things that would be useful within the context of the movie. ‘Brother And Sister,’ was actually something that was on his list. These two characters (Paul Rudd’s “Pete” and Leslie Mann’s “Debbie,” as first portrayed in Knocked Up) are living at a pivotal point in their marriage, where much of the initial romance has fallen away and they’re living as brother and sister.”

Buckingham’s other new song for the This Is 40 soundtrack is titled “Sick Of You” and appears alongside tracks from Graham Parker (who appears in the film), Paul McCartney and Paul Simon. The soundtrack is in stores now, and the film opens December 21st.