Lindsey Buckingham Performed at The Roxy in L.A. December 11th - During "This is 40" Listening Party


"He did four songs and absolutely tore it up.  Masterful vocals on “Go Insane” and brilliant fretwork on “Never Going Back Again” and “Big Love”.  One of the best four song sets I think I ever have heard."
- Jonctrask


Buckingham, introduced by the soundtrack’s producer Jon Brion,  reached transcendence in his remarkable four-song set. Giving a short bow to the audience before strapping on an electric guitar, Buckingham was fully engaged from the first note. He skipped his three songs on the “This Is 40” soundtrack —”Sick Of You”, “She Acts Like You and "Brother and Sister" — and instead played an extended, incendiary “Shut Us Down,” which appeared on Cameron Crowe’s “Elizabethtown” soundtrack. The sound man took a second to catch up, but by the time Buckingham eased into a menacing, sensual “Go Insane,” his guitar playing was crystal clear. That’s a good thing because there are few guitarists who can play with his precision, speed and melodicism. He gets more sound out of a guitar than most musicians do from a full band. A slowed-down, time-shifting, hypnotic “Never Going Back Again” followed before he wrapped with “Big Love.” He remarked on how when he originally wrote the song in 1987, the line “Looking out for love”  hinted at a sense of alienation. Now he sees the song as “a meditation on the power of change.”

Full Review of the night at Hitfix 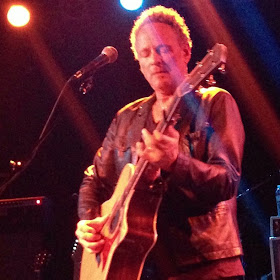 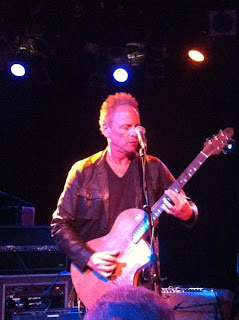 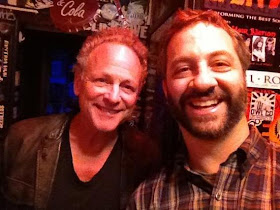 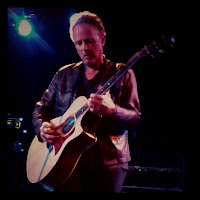