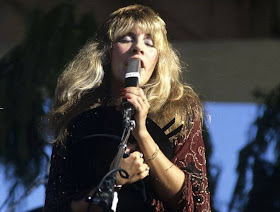 
It speaks volumes about the enduring quality of Fleetwood Mac's Rumours – here repackaged in an expanded heritage edition comprising, in its most lavish format, four CDs, one DVD and audiophile vinyl album – that not even the twin taints of appropriation as Top Gear theme and political anthem have managed to diminish its appeal. It remains one of pop's most impervious generational touchstones.

Rumours represents, along with The Eagles Greatest Hits, the high-water mark of America's Seventies rock-culture expansion, the quintessence of a counter-cultural mindset lured into coke-fuelled hedonism. Its very sound, with those winsome melodies, those West Coast harmonies, and that rhythm section lagging fractionally, imperceptibly behind the beat conjures a fantasy world of luxurious, liberal excess and Californication, captured with sleek perfection.

The album's story is well-known now, rock's premier case of strife bringing forth sweetness, as Stevie Nicks and Lindsey Buckingham batted the tattered remnants of their relationship back and forth in song. She had only to refer to “thunder” in “Dreams”, for him to snipe back “You can roll like thunder” in “Go Your Own Way” – but both songs are equally sublime, as too are Christine McVie's attempts to cheer the troops up in songs like “Don't Stop” and “You Make Loving Fun”.

Heaven only knows how they managed to remain focused (and civil) enough to bring the project to such glorious fruition, a process here sketched out across two CDs of revealing demos and outtakes, the best of which may be Buckingham's exquisite “Brushes” – the original demo for “Never Going Back Again” – on which his delicate, lace-like threads of multi-tracked guitar intertwine with the crystalline sparkle of dulcimer or harp.

Hearing the band develop its definitive voice in these performances, one's interest is sharply piqued for the imminent reformation tour: it may not be as intriguing as Bowie's comeback, but there's a peculiar magic in operation here that deserves treasuring.