I think it is safe to make the assumption that after a while all bands get a little full of themselves. Especially when they have become uber successful. The band starts to forget how they even got there in the first place. No act would be successful without their fans, but it seems like the rockers that have been doing it for a long time don’t care about that anymore. They just like to know everyone is there to worship them. Now, I love cocky rock stars, don’t get me wrong, but imagine the surprise that I got when I went to see Fleetwood Mac in Des Moines this week. It was a surprise because Fleetwood Mac are not your typical rock stars. You would think that after the success of an album like “Rumours” the members of Fleetwood Mac would be lost in their own self-awesomeness, but they are not. In fact, I’ve never been to a show where the band was so appreciative of the crowd and genuinely happy to be there. I’ve never seen a band interact with the crowd that much and actually be that thankful for people coming out to see them. Aside from their gratefulness, they also moved to the very top of my list of best concerts I have been to. Here’s why they now rank number one: 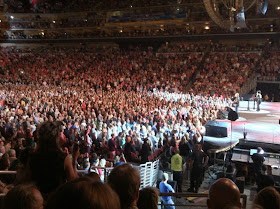 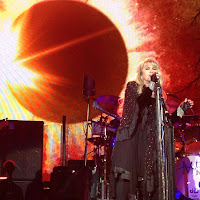 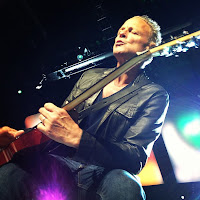 "DREAMS"
"WITHOUT YOU" intro
"SARA"