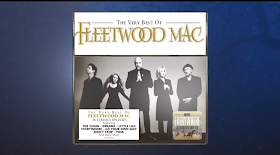 Couple of new ads running on TV... In the UK Rhino UK is taking advantage of the "Everywhere" track being used in the 3 Network Christmas Dance Pony Ad to promote "The Very Best Of Fleetwood Mac" 2CD set. Check out the video below... 3 Network re-tooled their March, 2013 TV Spot sprucing it up for the holiday season adding snow and a jingle to the background track along with a Christmas tree and reindeer antlers to one of the horses.... Cute ad, it's below.  View the original ad that ran earlier in this year. Dance Pony Dance

Grand Theft Auto 5 licensed Stevie's "I Can't Wait" for the game and is featured the track on the classic rock radio station "Los Santos Rock" within the game.  According to the youtube posting, the ad runs through the holiday season to promote the newly released game.

If you can't get the kids to see/hear your music... You gotta go to where the kids are and hope it makes an impact.