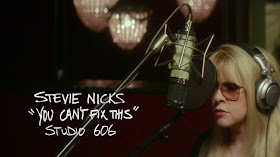 Seventy-five songs from eligible feature-length motion pictures released in 2013 are in contention for nominations in the original song category for the 86th Oscars, the Academy of Motion Picture Arts and Sciences said Monday.

The original songs, along with the motion picture in which each song is featured, are listed on the Hollywood Reporter website.  Two of the contenders include two songs from the Sound City Real to Reel documentary "You Can't Fix This" and "Cut Me Some Slack" produced and directed by Dave Grohl.  How awesome is that!!  Of course it's a long shot, but to even be considered is pretty awesome!

To be eligible, a song must consist of words and music, both of which are original and written specifically for the film. A clearly audible, intelligible, substantive rendition of both lyric and melody must be used in the body of the film or as the first music cue in the end credits.