"Being back is really a time warp," Christine McVie tells Rolling Stone #FleetwoodMac 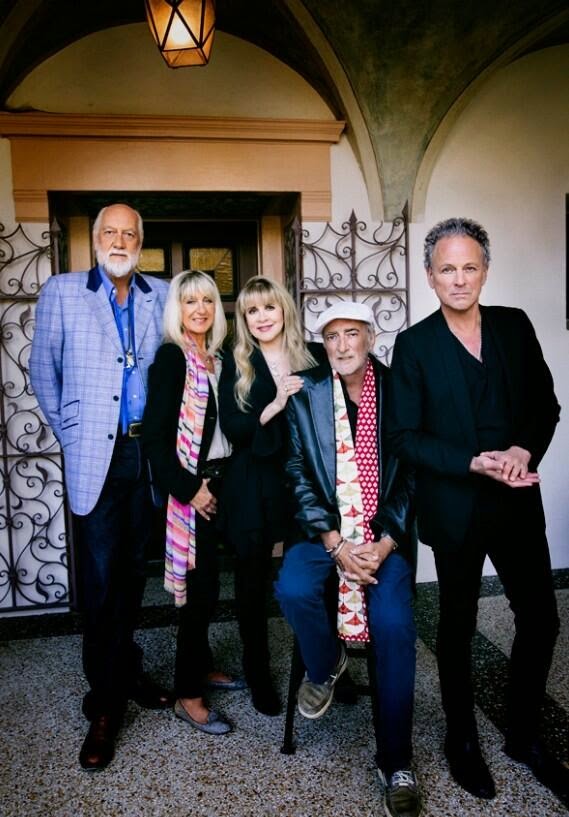 
A little over a year ago, Stevie Nicks told Rolling Stone there was "more of a chance of an asteroid hitting the Earth" than Christine McVie returning to Fleetwood Mac. Well, it might be time to prepare for armageddon because the Mac's keyboardist and singer - who quit the band in 1998 after a three-decade stint in the group - is returning for a world tour beginning this September and a possible new album.

The tour, entitled On With the Show, will kick off on Tuesday, Sept. 30 in Minneapolis, Minn. at the Target Center, with the band performing 34 shows in 33 cities across North America. American Express® Card Members can purchase tickets before the general public beginning Monday, March 31 at 10 a.m. through Sunday, April 6 at 10 p.m. Tickets go on sale beginning Monday, April 7 through the Live Nation mobile app and Live Nation's at website.

McVie says that her decision to leave the band was very simple. "I had some deluded idea that I wanted to live the 'country lady' life," she tells Rolling Stone. "But I went through a divorce and I felt isolated in the country. I grew quite ill and depressed." McVie realized the best way to fix her life was to rejoin Fleewood Mac, though Lindsey Buckingham admits he had some reservations when he first heard she wanted back in. "I wanted to make sure she grasped the weight of would it would entail," he says. "She also had to understand that if she was coming back that, basically, she has to stay. She wants to do it."

With McVie back in the band, the group will be able to perform songs like "Little Lies," "You Make Loving Fun," "Everywhere" and many other songs they haven't been able to play in nearly 20 years. "Being back is really a time warp," she says. "The tour is going to be great fun. I feel like a pig in poo right now."

Fleetwood Mac toured last year without Christine, though they had to stop short after bassist John McVie's cancer diagnosis. "His health is on the up," says Christine. "He's still doing chemotherapy. He just came in to do his bass parts, so everyone is real excited about that. He gets tired quickly, but he's definitely been on the mend. He's been such a man about this whole thing. I have renewed respect and love for him." McVie reunited with the band last year to perform "Don't Stop" in London.

The group spent time in mid-March working on new songs, though they don't plan on releasing anything until after the world tour. They have yet to sketch out an exact setlist, though Buckingham has a good idea of what they'll play. "It won't be too hard to figure out," he says. "Stevie and I both have songs we pretty much have to play. When you add in Christine's hits, you pretty much have a set, though that's not to say there won't be a few little surprises around the edges."
Nickslive at Thursday, March 27, 2014
Share