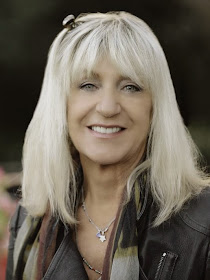 "It's like she never left," says guitarist Lindsey Buckingham.

SANTA MONICA, Calif. — "It's like she never left," Lindsey Buckingham says about Christine McVie's return to Fleetwood Mac, the band that sold 45 million copies of 1977's Rumours and spawned almost that many rumors during its tumultuous 47-year run.

Here are the facts: After leaving the band in 1998, singer/keyboardist McVie has rejoined, completing Mac's most popular, successful and creative incarnation.

A world tour is in the works, with U.S. dates starting Sept. 29 in Minneapolis, 17 years after this lineup last hit the road. Tickets go on sale April 4. McVie and Buckingham have been crafting songs for a new album. The last studio release to feature full participation from all five Macsters was 1987's Tango in the Night.

"We've only been in the studio a week, and it's been really beautiful," says Buckingham, 64. "I have very high hopes for all of this. It took getting into the studio before we started to see things unfold in an effective and comfortable way. Christine was not sure how her voice was going to be. It will be a little bit of a slow process with her piano chops. But all the stuff inside her is still intact, and she's getting in touch with a process that's been lying dormant for a while."

During her 15-year retreat, "there were times I didn't touch a piano for months," says McVie, 70. "There were dry spells, but I'm not worried about it. The chemistry is great. Obviously, I've got to relearn all those songs to get my muscle memory working."

"In the past, Chris would get into the creative mood when we were actually going to do something," he says. "It hasn't gone away. It was waiting to be accessed and just needed to be switched on. 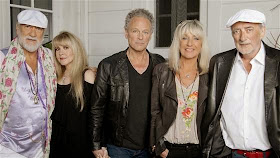 "Chris has been in a very different world for years, but things that were daunting for her are going away," Fleetwood says. "We're recording at The Village (in Los Angeles), where we made Tusk, and it's like nothing ever changed."

The band has remained a formidable draw during McVie's absence, ranking 10th last year in Billboard's moneymakers tally with earnings of $19.1 million. Her homecoming is stoking Mac fever.

"I know it's huge and people are thrilled," Fleetwood says. "There's a whole litany of songs we haven't done live in 20 years. If I were a fan, which I am, I'd have a lot to look forward to."

That includes the return of bassist John McVie, whose cancer​ diagnosis in October forced the band to scrap dates on last year's world tour.

"He's threatening to come into the studio any day," says ex-wife Christine.

Fleetwood adds, "His prognosis is good. He's such a dude, so not like me, not a drama queen. 'I'm ready,' he says. So much grace and no huff and puff."

The timetable for new singles and an album depends in part on when Stevie Nicks rejoins her bandmates in the studio, Buckingham says.

"Stevie's been not sure how she wants to approach recording or when," he says. "Mick, John and I have cut great stuff with (producer) Mitchell Froom and now I'm producing Christine's stuff.

"The next album will be a mix of things. We've done some strange things with one of Christine's songs already. It's going to sound like Fleetwood Mac but not overly retro. It's not that we're making any bold effort to sound like somebody else. Some of what we've done in the past has reference points that have come back, and what might have seemed retro is more relevant in today's market."