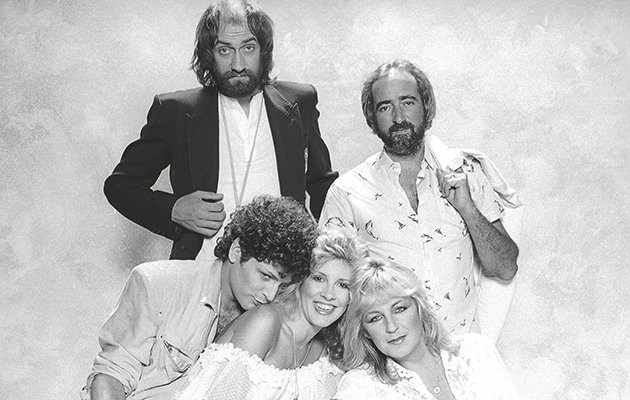 Often considered the belated follow-up to 1977’s mega platinum Rumours, 1982’s Mirage was a clear retreat from the somewhat abrasive, occasionally commercial avant-pop of the controversial Tusk. While that album has, over the decades, come to be respected as Lindsey Buckingham’s creative zenith, it appears Warner Brothers was less enthusiastic about their star act’s detour into the artsy abyss. Perhaps Mac were tired of it themselves, because the slick, glossily produced Mirage seems a capitulation to an audience who might have found the dense, inconsistent, but bold Tusk a musical and drug-fueled bridge too far.

While Mirage was no Rumours, its dozen sophisticated pop songs include such near-classics as “Love in Store,” “Gypsy,” and “Hold Me,” the latter two appearing on most subsequent Mac hits packages. But there are other, often unappreciated gems here too. Selections such as Buckingham’s folksy “Can’t Go Back,” Stevie Nicks’ surprisingly effective foray into country “That’s Alright,” the frisky pop/rock and sumptuous harmonies of “The Eyes of the World” and the closing “Wish You Were Here,” one of the always dependable Christine McVie’s more affecting and least appreciated pieces, are well worth reexamining.

It’s not a great album but it’s a good one, especially for Mac’s avid pop fans, and ripe for rediscovery on this newly remastered and expanded edition. A second disc with 20 previously unreleased rarities includes early, stripped down demos, alternate arrangements and outtakes of nearly every tune, plus some that didn’t make the final cut, and is well worth the price of admission. The no-frills versions are a welcome contrast to the finished product’s often over-produced slickness, and such oddities as a four minute in-studio jam on drummer Sandy Nelson’s 1959 instrumental “Teen Beat” with Buckingham at his most frazzled and unhinged is a major find.

But the real excitement is relegated to the pricey “deluxe” package that includes not only a 5.1 surround audio-only DVD of the album and a remastered vinyl reproduction, but a live show from the ‘82 Mirage tour. This 74-minute concert catches the band on a particularly inspired and improvisation filled night in LA as Mirage was ensconced atop the Billboard charts. It kicks off with a propulsive seven-minute “The Chain” that smokes the studio take into oblivion and features extended performances of two Tusk tracks with a nearly 10-minute “Not That Funny” along with another 8 minutes of “Sisters of the Moon,” closing with an unplugged emotional “Songbird” all in front of a clearly engaged audience.

Whether that’s worth dropping nearly $90 is up to you, but this is an invigorating presentation. It captures these five musicians (before they added an unnecessary backline to bolster the live sound) bouncing energy off each other and feeding from the crowd with exhilarating results.


The deluxe edition of Mirage is out on September 23rd on Warner Brothers
Mirage (Deluxe) (3CD/1LP/1DVD-Audio)
http://smarturl.it/MirageDeluxe
Nickslive at Tuesday, September 20, 2016
Share