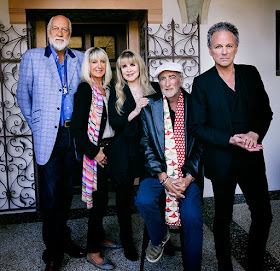 Stevie Nicks is currently out on her 24 Karat Gold tour, promoting her recent solo album. But as far as recording a new album with Fleetwood Mac , Stevie believes the band shouldn't waste their time.

Before Fleetwood Mac launched their most recent tour, they worked on some new tracks without Stevie. While Mick Fleetwood suggested the tracks might be released with just Lindsey Buckingham and Christine McVie singing, Stevie doesn't buy it. "You can never say never, but I don’t think that will happen," she tells ABC Radio.

That doesn't mean Stevie's ready to join her bandmates in the studio, though.

"The only reason that I don’t really wanna do a record is because I think that, in a year and a half, we’ll probably go out and do another Fleetwood Mac tour, since Christine has come back," she explains. Christine McVie rejoined Fleetwood Mac in 2014 after a 16-year absence.

Stevie thinks touring is the better plan, simply because of Fleetwood Mac's dynamics. 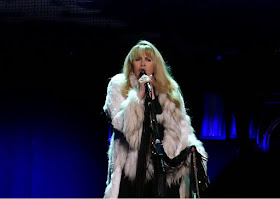 "Do we want to go and close ourselves up in a studio for a year, [and] make a record that’s really good but that probably won’t sell, because records don’t really sell that much?" she asks. "And then we'll have been stuffed together for a year in one room, and...when you come out of that room, we may notwant to go on a tour!"

The logical solution, Stevie says, is to skip making a new record, and simply hit the road.

"I think that we should choose the tour over the record," she tells ABC Radio. "Because touring is much more fun than making a record when you don’t have any idea how that record’s gonna come out."