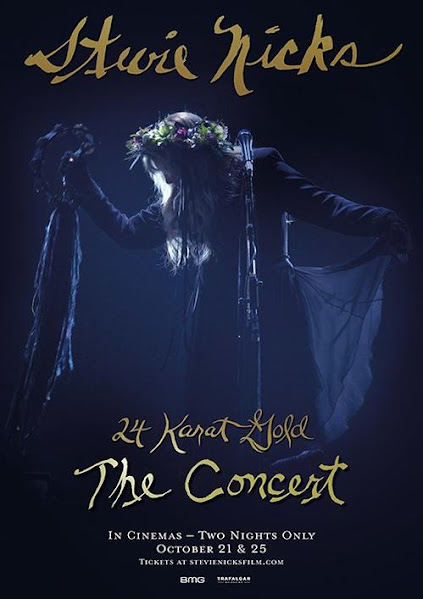 In Cinemas Two Nights Only, October 21 & 25
Tickets are on-sale beginning on Sept. 23 at StevieNicksFilm.com

Trafalgar Releasing announced today that Stevie Nicks, two time Rock & Roll Hall of Fame inductee, legendary Grammy winning recording singer/songwriter supreme, will debut Stevie Nicks 24 Karat Gold The Concert, which will be released for two nights only on October 21 and 25 at select cinemas, drive ins and exhibition spaces around the world. With this film Nicks, long considered one of the most iconic live performers, provides music fans with a virtual front row seat to the magic Stevie brings to the stage in concert.
The film features a set-list of fan favorite Nicks songs from her solo career and as a member of Fleetwood Mac including “Rhiannon,” “Stop Draggin’ My Heart Around,” “Edge of Seventeen,” “Stand Back,” “Landslide,” and more as well as rare gems from her platinum selling catalog. The film also reveals intimate storytelling and inspirations for some of the most famous and timeless songs and lyrics in music history which to this day remain part of the soundtrack to the lives of generations of music lovers. Directed and produced by Joe Thomas during Nicks’ fabled 67 city sold out 24 Karat Gold Tour, filming and recording took place in Indianapolis and Pittsburgh in 2017.
“The 24 Karat Gold Tour was my all-time favorite tour. I not only got to sing my songs but I was able to tell their stories for the first time. I love having the opportunity to share this concert with my fans. From me to you – 24 Karat Gold,” Said Stevie Nicks.
Kymberli Frueh, SVP for Programming and Content Acquisitions for Trafalgar Releasing said, “We are thrilled to collaborate with BMG and Stevie Nicks’ team on this landmark global cinema event which is sure to delight fans. Stevie’s legendary career has spanned over four decades, creating legions of fans across the generations. Her 24 Karat Gold concert tracklist features some of her greatest solo hits as well as Fleetwood Mac classics.”
The event will be screened in cinemas around the world on Oct. 21 and 25. Tickets are on-sale beginning on Sept. 23 at StevieNicksFilm.com, where fans can find the most up-to-date information regarding participating theaters and sign up for event alerts. Dates are subject to change based on the status of local cinema re-openings.
The 2CD & digital/streaming releases will be available on Oct. 30 via BMG, featuring 17 tracks of Stevie’s greatest hits live; including “Stand Back,” “Gypsy,” and “Edge of Seventeen,” as well as the first ever live recording of “Crying In The Night,” and other live rarities. The 2CD will be available exclusively at Target on Oct. 30, and the digital release will be available everywhere on the same day. A limited-edition 2LP 180-gram version will be available on “Crystal-Clear” vinyl exclusively at Barnes & Noble, while a 180-gram black vinyl version will be available everywhere. 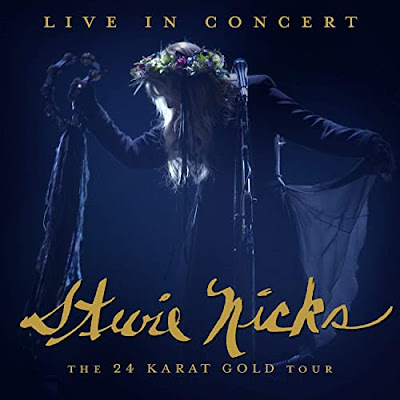 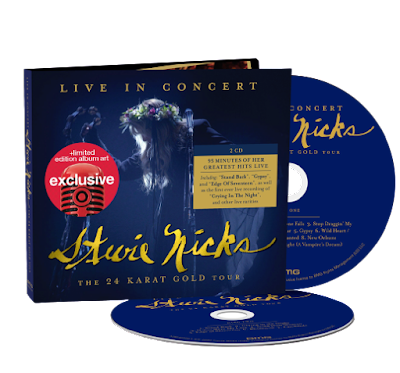 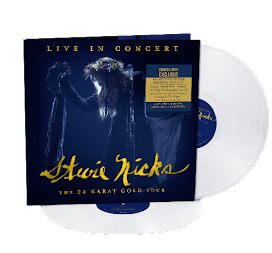 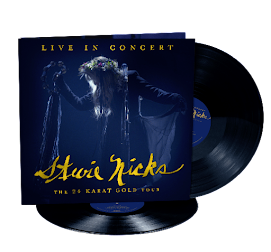 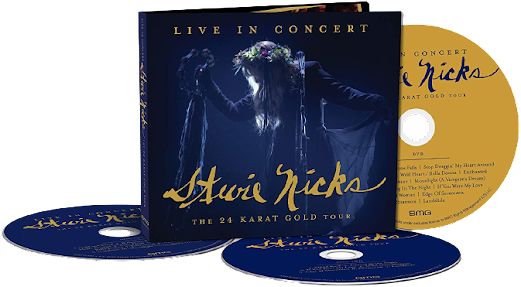 PBS is offering a 24 Karat Gold Tour Collection with a donation to PBS. Donation levels will get you either the DVD/CD or the 2-LP Gold Vinyl or the 11x17 Lithograph... Or all 3 together. 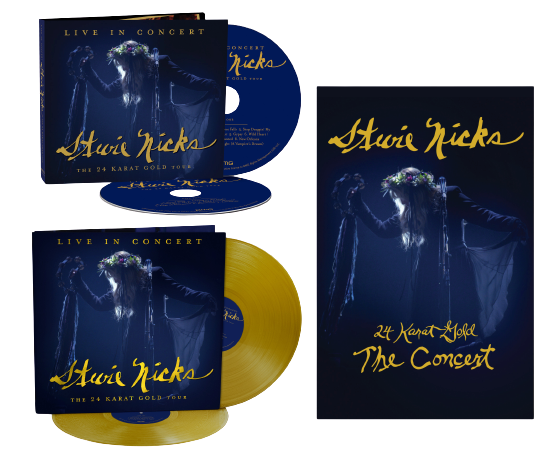 CRYING IN THE NIGHT