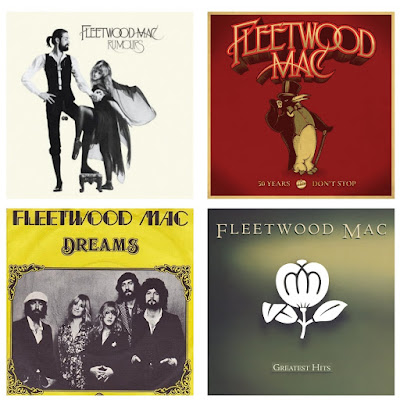 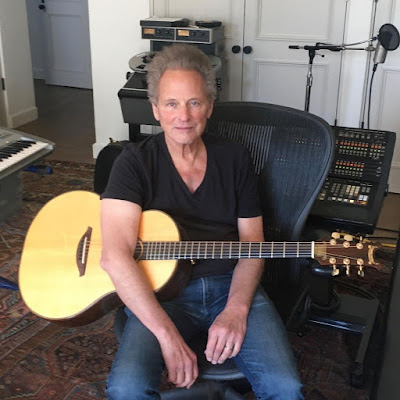 In aid of Stagehand's #ILoveLive campaign, Lindsey Buckingham is raising money for UK stage crew affected by the pandemic. Donate now at this link for a chance to win his rare Lane Moller guitar! 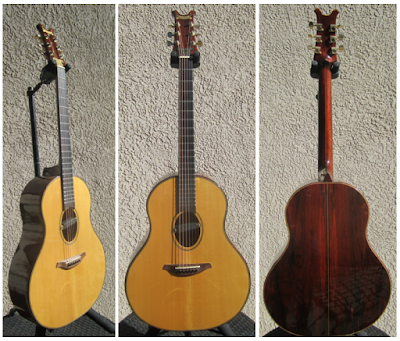 "During my many years of touring, I long ago came to understand that the real heroes of rock shows are not the artists, but rather the crews. Everyone involved in putting together a show - tour management, technicians, sound, lighting, and drivers -are all hugely invested in doing their part to contribute to putting on the best possible presentation every night, and they perform their duties with consistency and integrity, all for the benefit of the artists. In fact, artists could not succeed without the spirit, the love, and the craft their road crews bring to a tour. This is why I’m pleased that I can contribute in a small way to helping those who have been adversely impacted in the last year, and am proud to be aligned with Stagehand, which is bringing the music community together to help offset the adversity experienced by so many in our ranks." - Lindsey Buckingham 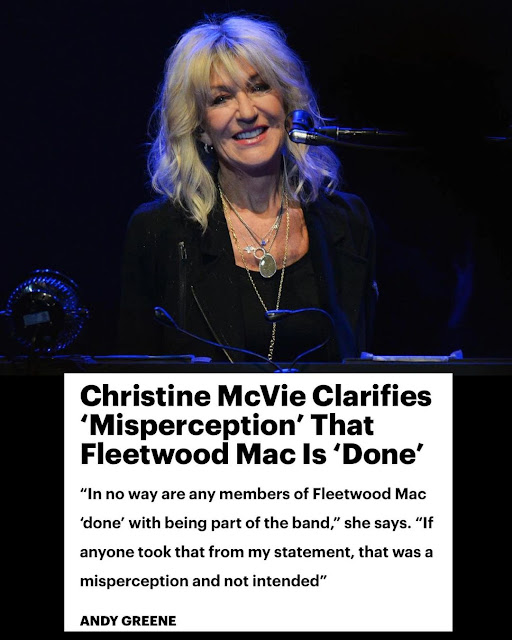 Last week, Christine McVie stunned Fleetwood Mac fans when she told the BBC she didn’t know if the band would ever tour again. “If we do, it will be without John [McVie] and without Stevie [Nicks], I think,” she said. “I think I’m getting a bit too old for it now, especially having had a year off. I don’t know if I can get myself back into it again.”

“[John] is feeling a little bit frail,” she continued. “You know he was ill. He’s fine, but he just hasn’t got the heart for it any more. He wants to get on his boat. You reach a certain age where you go: ‘Hey, I’m not going to bust a gut doing this anymore.'”

She concluded by saying that only drummer Mick Fleetwood would definitely be down for another tour. “[He] would do it in a lightning strike,” she said. “But I couldn’t possibly say. We’re certainly not touring this year either.”

The comments generated headlines around the world. But now, McVie has clarified to Rolling Stone where the group stands with regard to future touring.

“First and foremost, I’m thrilled to see that everyone still cares so much about Fleetwood Mac, how humbling to know what a lasting impact this band has had,” she said. “To clarify my recent comments, I was specifically asked if Fleetwood Mac would tour again. I gave a cheeky answer indicating that the band might be ‘done with that’ or ‘you just never know.’ I always intended to convey that, particularly after the last year, we just don’t know what the future holds.

“In no way are any members of Fleetwood Mac ‘done’ with being part of the band,” she continues. “If anyone took that from my statement, that was a misperception and not intended. Fleetwood Mac is part of the DNA of who I am, and I know the same is true for Stevie, Mick and John. As for future touring………Who knows. We continue to hope for the best.”

The band has been on hiatus since the conclusion of their An Evening With Fleetwood Mac tour in November 2019. It was their first tour since parting ways with singer-guitarist Lindsey Buckingham and bringing Crowded House’s Neil Finn and Tom Petty and the Heartbreakers guitarist Mike Campbell into the fold.

FLEETWOOD MAC ALBUMS ON THE CHARTS THIS WEEK - February 14, 2021

ALBUMS AND COUNTRIES FLEETWOOD MAC IS CHARTING THIS WEEK 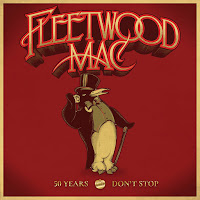 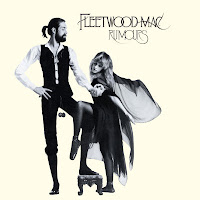 This LIMITED EDITION and EXCLUSIVE bundle comes with a package of tour related ephemera that includes:

Packaged with a cardboard backing and shrink wrapped

The single "The Chain" (Live at Richfield Coliseum, Cleveland, OH, 5/20/80) is available now on Spotify and Amazon / Apple.


When Fleetwood Mac released its first live album in December 1980, it captured the legendary band’s most iconic lineup on stage demonstrating the full scope of their collective, creative powers. Recorded mostly during the world tour for Tusk, Fleetwood Mac Live delivered a double-album’s worth of exhilarating performances that included massive hits like “Dreams” and “Go Your Own Way,” “Rhiannon,” and “Don’t Stop.”

Rhino gives the band’s live debut a much-deserved encore with a new 3-CD/2-LP collection that features a remastered version of the original release on both 180-gram vinyl and CD, plus more than an hour of unreleased live music recorded between 1977 and 1982 on the third CD. The set also includes a bonus 7-inch single featuring previously unreleased demos for “Fireflies” and “One More Night.”

This Super Deluxe Edition is presented in a 12 x 12 rigid slipcase and comes with a booklet filled with rare photos, a full itinerary for the Tusk Tour, plus a history of the live album by writer David Wild. He writes: “Then and now, Fleetwood Mac Live artfully marks a fascinating time period for a group that, in one form or another, has been on the global stage for more than half a century… It’s a wildly entertaining rock ’n’ roll circus in full swing under a big tent of the band’s own creation as they leave audiences dazzled in locales from Paris, France, to Passaic, New Jersey.”

The majority of the original album was recorded live between 1979 and 1980, save for a few exceptions:  “Don’t Let Me Down Again,” was recorded in 1975 during the tour for Fleetwood Mac; Dreams” and “Don’t Stop” are from the band’s sound check in Paris; while “Fireflies,” “One More Night,” and a cover of the Beach Boys’ “Farmer’s Daughter” were all recorded in California during a special show for the band’s crew, family, and friends.

The 14 live tracks that debut on the Super Deluxe Edition span a wider range of time than those on the original release. They include seven songs from the Tusk tour (1979-80), four from the Rumours tour (1977) and three from the Mirage tour (1982). These stellar additions include live versions of “Tusk,” “Gold Dust Woman,” and “Songbird,” plus “The Green Manalishi (With The Two-Pronged Crown)” – a song written in 1970 by guitarist Peter Green, who founded Fleetwood Mac with Mick Fleetwood and Jeremy Spencer in 1967.

1st Track released from the album: "The Chain"

Track listing below for the boxed set