Q&A Lindsey Buckingham Most Fulfilling and Dysfunctional of His Career 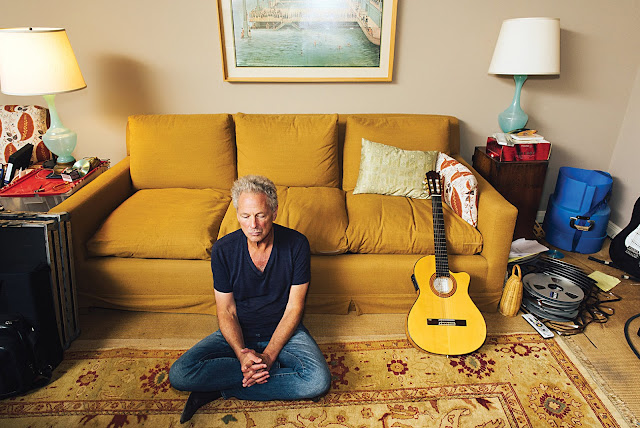 It’s long been theorized that it takes two other guitarists to cover one Lindsey Buckingham, which was proved back in 2018 when the fingerpicking deity was unceremoniously fired from Fleetwood Mac and had to be replaced with a duo of rock elders for the band’s ensuing tour. (You thought playing “Never Going Back Again” night after night would be easy?) Unsurprisingly, there was the requisite gossipy domino effect of headlines for the next few years. But after bringing a lawsuit against the rest of the band, the subsequent settlement, his emergency triple bypass surgery, various reconciliations, and a maybe/maybe not divorce from his wife — phew — Buckingham now finds himself in a fulfilled state of mind, enjoying the September release of his newest solo album, Lindsey Buckingham. During a break in his touring schedule, Buckingham spoke from his California home about the highest highs and lowest lows of his career. Oh yeah, and about Stevie Nicks.
Most underappreciated Fleetwood Mac song
TUSK
It wasn’t so much about the song than it was the whole album Tusk and the fact that everyone was expecting Rumours II. We gave them something totally different. When Tusk came out with the song and the album, people either got why we did it and appreciated the departure we’d made, or it alienated them. You might make the case for saying that Rumours as an album was overrated, and it wasn’t. It was just the success detached from the music, and it became about the success at some point. You lose maybe a certain faction of people when you move that far to the left.
I always joke that I would’ve loved to have been a fly on the wall when Warner Bros. first sat down in their boardroom and put the whole album on and played it collectively. And they were probably going, What the hell is this? Because they didn’t really know what they were getting. I think that that was probably part of the reaction from part of the audience too — it was alienating in a certain way, which ultimately turned out to be constructive. I think Tusk has stood the test of time and it’s one that resonates with fellow artists more in a lot of ways. It also has become understood in terms of why it was done and is appreciated for that. But in the moment, it definitely divided up the room.
Guitar solo that makes your fingers hurt the most
BIG LOVE
The stage version of “Big Love.” [Laughs.] It was the first single from Tango in the Night, but it was an ensemble piece at the time. That was one of the things that began to evolve after I left the band — I realized I wanted to try to address that finger style in a more complete way. “Big Love” evolved from what it had been as an ensemble to a single guitar-and-voice piece onstage and became the template idea for quite a few other songs to follow, in terms of making the statement both onstage and on recordings. Like, basically having one guitar do the work of a whole track, and wanting to include that as one approach in the making of an album. I don’t think it ever got more rigorous than “Big Love” with the actual demands of the part required. It’s a finger-hurter, for sure.
I don’t really do any finger exercises, by the way. I have no discipline whatsoever other than to remain calm and centered and just trust that my impulses are going to be correct. All around me in Fleetwood Mac, you could hear through the walls of the dressing rooms, people going, La, la, la, la, la, la, stuff like that. I was never interested in vocal exercises. I would hear Mick Fleetwood trying to play the guitar to keep himself calm so that he wouldn’t be too nervous. I was blessed with never having been nervous going onstage. I think by virtue of that, I never felt like I needed to prepare on a nightly basis in any way, whether it was vocally or exercises for the guitar. I just go out there, plug it in, and hopefully become psychically plugged in as well.
Most fulfilling album
Nickslive at Friday, November 26, 2021 1 comment:
Share

INTERVIEW Lindsey Buckingham Talks About His Process of Recording 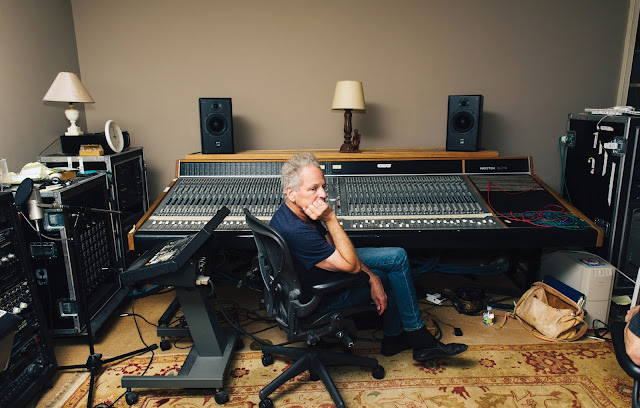 Fleetwood Mac’s Rumours came out right before I started high school. I remember most of my graduating class (not including me!) singing “Dreams” at our ceremony in a park by a local creek. Growing up in Northern California, we knew that two members of the band, Lindsey Buckingham and Stevie Nicks, had come from our neck of the woods, and watching the group become one of the biggest selling rock bands ever was dizzying. When they came out with Tusk a little over two years later, I bought the double LP and absorbed it like teenagers do. I knew something different was going on with these songs, but it was years before I realized what Lindsey Buckingham was doing, and why someone would find creativity in a home studio they might not otherwise. Lindsey’s new self-titled album, written, produced, mixed, and recorded in his home studio, is another classic example of his best work, and it was an honor to talk to him about his process.
Tape Op is about music recording in all kinds of scenarios. Ever since I started it, you’ve been in the back of my mind as the perfect interview.
Well, I do have my own methods; that’s for sure! [laughter]
Exactly. I wanted to talk to you a bit about all of your various personal recording scenarios.
Sure.
It’s well-known that a lot of home recording happened around the Tusk era, but did you have home recording setups before that, in the Buckingham/Nicks era, or in the Bay Area before that?
I did. When I was a late teenager and was in the band [Fritz] up in Northern California – that Stevie [Nicks] and I were both in, I was playing bass – I had an old commercial Sony 2-track. It had that sound-on-sound feature, where you could take one recording, say on the left channel, and then bounce it over to the right channel as you were recording something over it. I could begin to get a multitrack effect, one track at a time, which is pretty much the way that Les Paul [Tape Op #50] did it. That was his method and example that probably hit home with me. Then, a little bit later, probably about when I was 20 or 21, I acquired an Ampex AG-440 4-track, which obviously still had limitations. But hey, The Beatles cut Sgt. Pepper’s… on those, so it opened up the whole idea. It gave me much more flexibility. I was already into what I would call that “painting process” as early as that point, where I was putting things down all by myself, and doing the architecture around a song.
Did that influence the way you arrange guitars? I’ve interviewed Ken Caillat [Tape Op #96] before about how you put little filigrees and figures in; sometimes they are very simple parts to build a whole.
Right. Well, so much of my function in Fleetwood Mac was to take raw material and fashion it into a sound. I had the vision to do that, and I apparently had the tools to do that. Much of that was based around having a ground-up familiarity with a self-sufficiency, if you will; doing it myself and then bringing that into a more communal arena, for sure. So yeah, absolutely.
Did you have a home setup around the time of the self-titled Fleetwood Mac album?
When we first joined Fleetwood Mac, all of Stevie’s songs and my songs were already demoed out on my AG-440. That album only took a few months to do, and part of that was Keith Olsen [Tape Op #33] being in control of the engineering, as well as overseeing that things didn’t get too – shall we say? – self-indulgent. There was a lot at stake for them, because they were almost ready to be booted by Warner [Bros.] before we joined. They’d had so many non sequitur albums. The ability to make that album so quickly was largely due to the fact that all of Stevie’s and my material had been blocked out. What you hear on the record would be very close to what the demos were like, of course without John [McVie] and Mick [Fleetwood] as the rhythm section. I didn’t get a 24-track until a bit later, until there was a little bit more money coming in. Somewhere in the middle of the Rumours process is when I probably got one.
Right. That must have been a big step. A 24-track tape deck is nothing without a console, and then you need speakers and something to mix to.
I first got a 24-track and the machine at my house, [the one] that I did most of the work on my songs that ended up on Tusk. I would start these tracks as paintings, and then discover and find something which was a little bit more to the left. Then I’d bring them in for the band to add to. What’s funny is that I did not have a proper console at that time. I had enough channels to be able to play everything [back] at once, but it wasn’t a large thing. It was more or less something you’d take on the road. I didn’t get a proper console until maybe 1985 or ‘86, when I put one into my studio in my house up in Bel Air, and that’s the console I still have.
Nickslive at Friday, November 26, 2021 No comments:
Share
‹
›
Home
View web version