Mick Fleetwood, the co-founder of the British-American rock band Fleetwood Mac, along with Gerard Marti, owner of the Robert Kidd Gallery in downtown Birmingham, and three other local investors, has launched Mick Fleetwood Coffee Co. 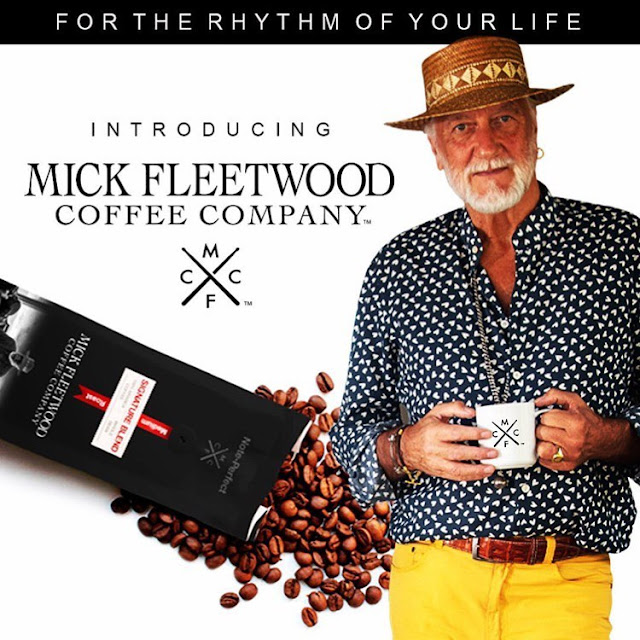 The enterprise offers direct-to-consumer coffee and merchandise, and membership is available in the MFCC VIP program. Plans are to begin offering the coffee in select retail stores in metro Detroit in the near future, as well as nationally and internationally.
The company’s first market test was launched with a series of digital ads in Grand Rapids touting MickFleetwoodCoffee.com.
Fleetwood, a British songwriter and musician who is the front man for Fleetwood Mac, founded in 1967, has been living in Maui, Hawaii, near coffee bean farms for several years. Mick Fleetwood Coffee Co. uses beans grown in Hawaii, Central America, and Kenya.
The beans are shipped to Roastery in Flushing (northwest of Flint), where they are ground, roasted, and bagged for distribution worldwide. The company offers one-time purchases and a coffee club membership that allows members to choose the frequency of their coffee purchases. 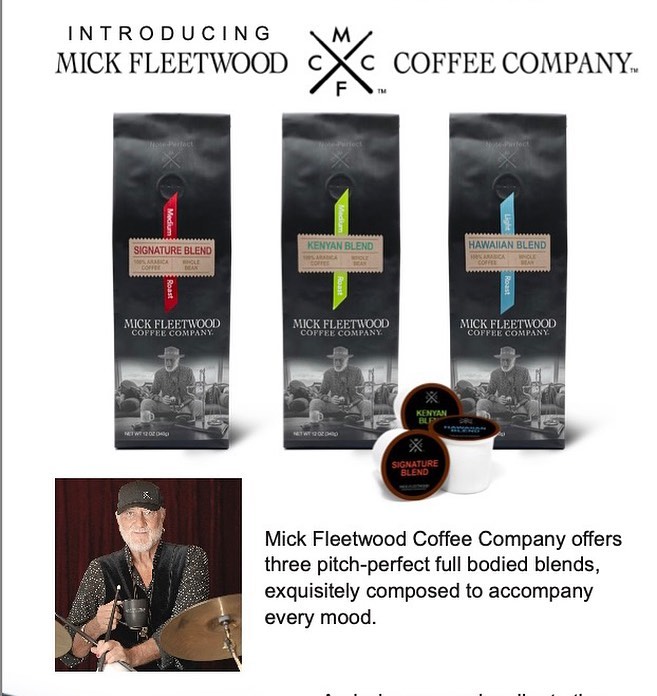 “Coffee is more than a beverage, it’s a daily ritual,” says Fleetwood. “For those who count themselves among these aficionados, Mick Fleetwood Coffee’s thoughtful selection of beans and artful approach to roasting creates a superior coffee that will be a welcome addition to their daily routine.”
Mick Fleetwood Coffee Co. blends include:
“If coffee could go platinum, this is the stuff,” Fleetwood says. “I take my coffee as seriously as I do my music. I’ve always said any coffee with my name on it has to be the finest, most savory coffee on the planet.”
Marti, a painter, songwriter, and former record producer and video director at EMI Records, has known Fleetwood for 28 years, having first met in Maui. He also is the godfather to two of Fleetwood’s daughters.
“I used to live in Maui, and when the pandemic hit, Fleetwood Mac had to cancel their world tour,” says Marti. “With the band stuck in their homes, I suggested to Mick that we start up a business and we came up with a coffee company because we both love coffee. Now I’m in the process of visiting with local stores to have our coffee available to consumers.”
Fleetwood Mac has sold more than 120 million albums and was inducted into the Rock and Roll Hall of Fame in Cleveland in 1998. Some of the band’s most popular songs include “Dreams,” “Little Lies,” “The Chain,” “Go Your Own Way,” “Gypsy,” and “Rhiannon.”
Check out their website: MickFleetwoodCoffee.com
And look for them on Instagram @mickfleetwoodcoffee
DBBusiness
Nickslive at Saturday, August 27, 2022 No comments:
Share

On Friday, August 26th, Christine dropped the official video for "Songbird" the orchestral version from her new solo compilation "Songbird". It's an animated video, she doesn't appear in it, but it's cool. I love the M.C. Escher influence with the birds.
Nickslive at Saturday, August 27, 2022 No comments:
Share