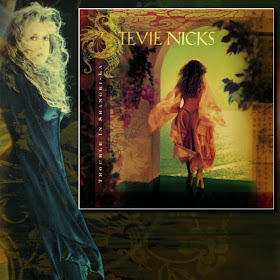 Stevie Nicks sixth solo album "Trouble in Shangri-La" was released May 1, 2001 and debuted at No.5 on Billboards Top 200 Albums Chart with 109,000 units sold in the U.S. on May 19, 2001 This was the second highest debut for the week behind Destiny's Child "Survivor" at No.1 which feat. a sample of Stevie's "Edge of Seventeen" on "Bootylicious". This was also Stevie's highest charting solo ranking since 1983's The Wild Heart hit the same peak, and her biggest SoundScan era sales week ever, besting her previous solo album, 1994's "Street Angel", which started with 27,000 units sold and debuting at No.45. Trouble in Shangri-La was also the No.1 Internet Album for the week with Destiny's Child coming in at No.2.