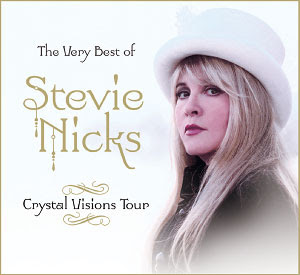 American singer & songwriter Stevie Nicks will rock the house at Tim's Toyota Center on Friday July 27th. Nicks is known for her work with Fleetwood Mac and a long solo career which collectively has produced over twenty Top 40 hits. She is one of the few rock artists to maintain a solo career while remaining a member of a successful band. As a member of Fleetwood Mac, she was inducted into the Rock & Roll Hall of Fame in 1998.
Nickslive at Sunday, May 13, 2007
Share