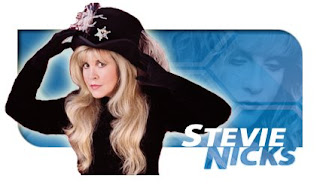 Between her solo career and days as the front woman for Fleetwood Mac, Nicks has produced over 20 top 50 fifty hits, including the top 10 tracks, “Edge of 17,” “Rooms On Fire,” “Dreams,” “Gypsy” & “Seven Wonders.”

Nicks was invited to join Fleetwood Mac in 1975 after Mick Fleetwood heard "Frozen Love," a song she wrote and recorded with then-boyfriend Lindsey Buckingham. The addition of Nicks to the band was the driving force behind the success of Fleetwood Mac's 1977 album, “Rumours,” propelling Stevie & her bandmates to international fame.

In 1981, Nicks launched her solo career with the release of “Bella Donna,” which included three top 10 hits, took the number one slot on the Billboard 200 and was certified five times platinum in 1990.

Nicks has been nominated for seven Grammy Awards, and – with Fleetwood Mac – won the 1977 Grammy for Album of the Year. As a member of Fleetwood Mac, she was inducted into The Rock and Roll Hall of Fame in 1998.

Exclusive Internet Pre-Sale!
Become a Doug Club Member & get access to buying your Doug Fest tickets before anyone else!Pre-sale tickets are available...Wednesday, April 9th at 10AM through Friday, April 11th at 10PM.Click Here to register for the Doug Club!
Nickslive at Sunday, April 06, 2008
Share