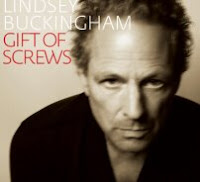 Rollingstone Magazine
(3.5 stars out of 5)
WILL HERMES

On this album's opener, "Great Day," there's an electric-guitar solo so blowtorch-hot, it seems specifically designed to bitch-slap anyone with the nerve to wonder if Lindsey Buckingham still rocks.

Buckingham's 2006 comeback, Under the Skin, was largely a reflective, parlor-room affair, full of self-doubt and dazzling acoustic playing, and here, the mood is still darkly introspective: "Suicide days, suicide, suicide nights/In the wheelchair almost blind," he sings on "Wait for You." But the sound under him is a wild roadhouse blues with the signature groove of old bandmates Mick Fleetwood and John McVie. Fleetwood's drumming also powers "The Right Place to Fade," a classic Mac-style hook barrage with a strummy "Go Your Own Way" gallop and a head-kicking harmony chorus.

Elsewhere, things are more subdued: "Time Precious Time" is a spiraling incantation that's nearly psych folk. Old rubberneckers may ponder whether songs like "Did You Miss Me" address Buckingham's former paramour Stevie Nicks. But who cares? What matters here isn't that he used to be in Fleetwood Mac — it's that he can still make music nearly as bright.
Nickslive at Monday, September 08, 2008
Share