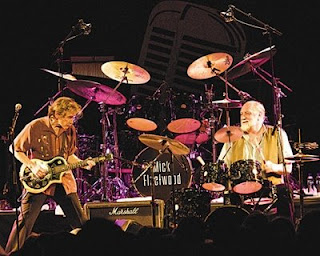 A benefit concert for The MACC—plus dancing!

The Maui Arts & Cultural Center announces a special “MACC Benefit Concert” with the Mick Fleetwood Blues Band in the Castle Theater, this Friday, Sept. 26, at 7:30 p.m. This is a great opportunity for the Maui audience to catch the famous drummer and co-founder of Fleetwood Mac with his talented blues-band members before the band heads off on a 20-city European tour in October!

The Mick Fleetwood Blues Band is comprised of Mick Fleetwood on drums, former Fleetwood Mac bandmate Rick Vito on guitar and vocals, Lenny Castellanos on bass and vocals, and Mark Johnstone on keyboards and vocals. The band was formed in 2007 as an ultimate homage to “the originators” of Fleetwood Mac. Mick wanted to build a band worthy of recreating the sound and emotions he recalled from the first days and first songs of Fleetwood Mac. Always an innovator, Mick wasn’t seeking to copy his original band, but rather pay it tribute by creating something both historically respectful yet new and reinvigorated. The result of this quest reaching back to the beginning and forward to today is the album Blue Again, representing the full circle of Mick’s love and contribution to the blues and the band that launched his career, while making him an iconic figure in music and pop culture.

In August 2008, The Mick Fleetwood Blues Band headlined the Nottodden Blues Festival in Norway. With 40,000 attendees, the band was the instant favorite and received glowing press. This Friday’s benefit concert at The MACC is your chance to catch the band before they leave for their European tour!

Tickets for this special concert are just $25, with all proceeds to benefit the Maui Arts & Cultural Center arts and education programs. All seats are reserved in the orchestra level, and there will be a dance floor in front of the stage! Tickets are available at The MACC Box Office and online, or call 242-SHOW (7469) to charge by phone, Monday through Saturday, 10 a.m. to 6 p.m. For patron convenience 24 hours a day, purchase tickets online at http://www.mauiarts.org/.
Nickslive at Tuesday, September 23, 2008
Share