Lindsey Buckingham always has struggled. At the beginning of his career, his partnership (and romance) with fellow songwriter Stevie Nicks neither was spectacular nor lucrative. It was their collaboration LP, "Buckingham Nicks," that got the attention of Mick Fleetwood when he was looking for new talent for the ever-changing Fleetwood Mac. 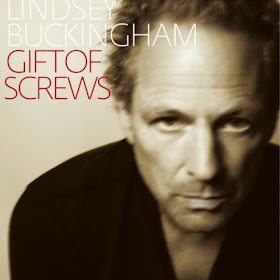 The quirky guitarist would feel increasingly claustrophobic within the framework of Fleetwood Mac, and his departure in 1987 was a bold, assertive step in forging his own musical identity. His solo output, like the ramshackle "Law and Order," the slick "Go Insane," and the severely overlooked "Out of the Cradle" all got critical accolades.

Buckingham has continued a solo career, with 2006's excellent "Under the Skin,: a live album out last year and contributions to the "Elizabethtown" soundtrack.

His latest, "Gift of Screws" (Reprise), has lingered on the shelf for a while. That combination with new material makes for a cohesive collection.

The disc rocks with Buckingham's fiery guitar work; especially the title track and "Great Day." The more introspective tracks like "Underground" and "Time Precious Time" recall some of Buckingham's more memorable solo moments, but "Did You Miss Me" and the nearly perfect "The Right Place To Fade" sound like Fleetwood Mac outtakes. Ex-Mac-ers Mick Fleetwood and John McVie show up on a couple tracks.

The heartbreaking "Wait for Me" and the equally affecting resignation of "Treason" make unapologetic emotional statements. Each track explores opposite ends of romantic connection, with hopefulness at one end of the spectrum and betrayal at the other. It's a pendulum on which Buckingham often has swung, and that's what makes "Gift of Screws" a satisfying but unassuming tour de force.
Nickslive at Friday, September 26, 2008
Share