After months of release dates bouncing around from July all the way to December 31st, it seems that FINALLY Stevie's PBS Soundstage DVD and CD are going to be officially released on October 28th.

The track list for the DVD which is called "Live in Chicago" is similar to the version that PBS released, and is still selling, except this one includes "Dreams". It also includes as a bonus track - "Landslide" with an orchestra. Beauty & The Beast is the only song filmed that night that isn't included with the DVD. It's possible that there were some rights issues that prevent Beauty & The Beast from being on the DVD. Behind Stevie on the screens while she's performing - film footage from the film Beauty & The Beast is being shown. If you saw her in concert in 2007 the same footage played during the closing number of her shows.

The CD versions called "The Soundstage Sessions" and includes Beauty & The Beast which doesn't appear on the DVD - a nice marketing tool!

The cover for the DVD is slightly different then what PBS was selling, same image, just different colour. The CD is the same image without any background enhancements.

The CD and DVD track listing were provided by iamnotafraid from The Ledge. Please note that they haven't been confirmed and are not yet on Amazon . 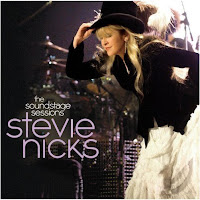 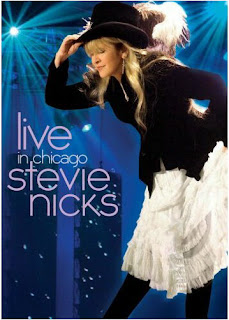