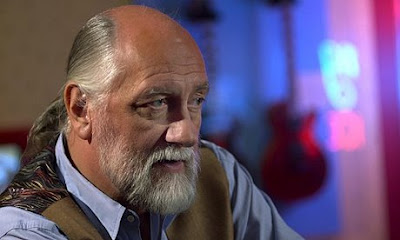 To celebrate the Mick Fleetwood Blues Band hitting the road, the man himself picks his crop of the finest blues tunes harvested straight from the Mississippi delta

Mick Fleetwood is about to hit the road with the Mick Fleetwood Blues Band, returning to the music he made during 1967-1970. "It's the first time I've revisited this period," he says. "It's my boot camp, my training ground really. But the blues has always been part of me whatever I've done - I've never walked away from the blues."

So what better way for him to show off his knowledge than an exclusive
playlist made up entirely of techno-ragga tracks. Only joking, here's
five tracks that have really got the blues ...

Bobby Bland - Turn on Your Love Light
Van Morrison turned me on to this track. I remember him telling me to
listen to this and it blew me away instantly. Bobby Bland's still around and I find this track so inspiring. My template for most songs is "Is this inspiring?" and with the blues it so often is. To me, the blues is an infection. I don't think it's necessarily a melancholy thing, the blues can be really positive and I think I think anyone and everyone can have a place for the blues. It need not always a woeful, sorrowful thing. It's more reflective, it reminds you to feel. And that feeling could be anything, from sadness to joy and inspiration. So long as it triggers a passion, a feeling.

John Lee Hooker - Boom Boom
I listened to this track a lot in the early days of Fleetwood Mac. It was really overplayed in all the blues clubs, all the places on Eel Pie Island. Even clubs not playing the blues would play this track. John Lee Hooker became a friend of mine and I love all of his work. He was truly an icon. He lived the life. I miss him.

Otis Rush - Double Trouble
It's a haunting track, and I think Otis had one of the greatest voices on earth. He was a really great guitar player as well. I know he had a huge influence on Peter Green, so he must have had a huge influence on me too. I've actually re-recorded two of Peter Green's instrumentals on a new EP. We've done Supernatural and Albatross, which were pivotal in our career at the time. I think instrumentals are really a lost art nowadays, so it was great to do that.

Bo Diddley - Hey Bo Diddley
Between Buddy Holly and him, they've both had a big influence on my
drumming. It was all about the Bo Diddley beat.