"Go Your Own Way" Best Break-up Song Ever Recorded 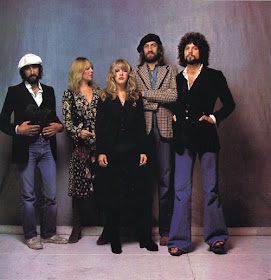 More Than Words: Dispelling the 'Rumours' behind 'Go Your Own Way'
Have you ever loved a song to the point of ridiculousness but no matter how hard you try, you just can’t understand the lyrics? What was the artist thinking when writing your favorite tune? More Than Words, a weekly column, will help to delve a little deeper…

Fleetwood Mac’s guitarist and singer, Lindsey Buckingham, wrote the song “Go Your Own Way” which has since been touted as one of the best break-up songs ever recorded. Written about the failure of his relationship with blonde bombshell (and fellow Fleetwood Mac alum), Stevie Nicks, “Go Your Own Way” was released in 1977 on the album ‘Rumours’, which also won a Grammy for album of the year.

The title for ‘Rumours’ came about because of all the breakups within the band. Bassist John McVie split with his keyboardist wife Christine, drummer Mick Fleetwood separated with his wife Jenny (Boyd, sister of George Harrison’s former wife Patti), and Buckingham split with Nicks. Christine McVie later remarked that they were all writing about each other, hence the title of the album. Realizing that they had created such good music together finally lifted them out of their misery and the band arguably had its biggest success at this time.

“Go Your Own Way” was the first single released from the album, and it's also the one song that really summarizes the true meaning and feeling behind ‘Rumours’ as an album.

Buckingham wrote "Loving you isn't the right thing to do," and "Packing up, shacking up is all you wanna do," about Nicks, who appealed against the lyric. Buckingham refused to omit the line from the song despite her objections. Still, Nicks performed the chorus of the song.


Nicks once said to Rolling Stone, "I very much resented him telling the world that 'packing up, shacking up' with different men was all I wanted to do. He knew it wasn't true. It was just an angry thing that he said. Every time those words would come onstage, I wanted to go over and kill him. He knew it, so he really pushed my buttons through that. It was like, 'I'll make you suffer for leaving me.' And I did."

The lyrics “If I could, Maybe I'd give you my world, How can I, When you won't, take it from me,” suggests that actually Buckingham was the one who wanted more from the relationship. ‘Rumor’ has it that he proposed to Nicks who opted for a free-life rather that one tied down by marriage.

This theory is made even more apparent when analyzing the lyric “If I could, Baby I'd give you my world, Open up, Everything's waiting for you”. It is believed that Buckingham offered everything to Nicks who ultimately turned him down. “Go Your Own Way” signifies his wish to move on.

Nicks acknowledged during an episode of VH1's Behind The Music, "Devastation leads to writing good things."