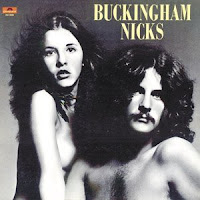 Originally released: 1973 Lyndsey Buckingham and Stevie Nicks are inextricably associated with Fleetwood Mac, having recorded and composed with the band since the group’s 1975 self-titled record.
(There have been periods away from the group, but both Buckingham and Nicks are currently back in the fold.)
Having drifted through numerous lineup changes since it’s inception in 1967 when founders guitarist Peter Green and drummer Mick Fleetwood splintered off from John Mayall’s Bluesbreakers—they were joined not long after by the group’s bassist, John McVie—the band had already moved from straightahead blues to a ‘70s rock direction, bolstered by a decent dose of pop melody as player’s joined and departed, bringing with them new influences.
But when Buckingham and Nicks joined the bad, the duo’s influence was immediate and powerful, as the Buckingham Nicks sound became Fleetwood Mac’s sound. That the duo brought a fully-formed soundscape to the band is evident upon listening to Buckingham Nicks’s sole LP, released two years previous to their joining Fleetwood Mac.
Continue to full review (here)
Nickslive at Saturday, January 24, 2009
Share