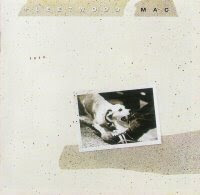 by Paul Cashmere - February 11 2009
Undercover.com
Fleetwood Mac founder Mick Fleetwood says that the cost of making the 1979 `Tusk` album, the first album with a budget over $1 million, was a privilege, not an over-indulgence.
In a conference call with Undercover today, Mick said, “For all of the blessings we had bestowed on us for being successful I always thought that it was a fully righteous thing that a band such as Fleetwood Mac would plough that money back into the very process that we’d been blessed by to have made that money because it was our money.”
‘Tusk’ was the follow-up to the classic ‘Rumours’. While ‘Rumours’ turned the band into a supergroup, they still paid their own way. “People often assume that you are the star of the show and some production company pays for everything. That is not the case literally by 100%”, he told Undercover. “I always thought it was incredibly righteous to taking the time to plough back the energy, time and expense to make an album like ‘Tusk’ coming out of the most successful album that this band ever had, not that we knew it at the time, ‘Rumours’”.
While the album did not achieve the same heights as its predessor, Mick is glad they did what they did to make ‘Tusk’. “It was our pleasure to do that,” he said. “We never looked at it as some sort of opulent indulgence. I think the lines got blurred more often by the lifestyles and the romance of the stories of the individuals in Fleetwood Mac. The music and the time making ‘Tusk’, we took a huge interest in the studio we were going to record the next album in. All of that stuff had to be paid for and I might add that it was paid for by the individuals that you are talking to to present something that in our world that was going to be more meaningful and more special”.
He says they did it because they could afford to do it in light of the success of the previous two albums. “That to me doesn't personally feel like any form of indulgence. It was always a cross to bear that we all had from ‘Rumours’ on, and in fact Fleetwood Mac ‘Fleetwood Mac’ and ‘Rumours’ and the characters in this particular play”.
The success of Fleetwood Mac not only made the group famous, it made Mick Fleetwood, John McVie, Lindsay Buckingham and Stevie Nicks all individually famous. That fame has often gotten in the way of the music. “No doubt, there is a story to be told and continues to be told,” he says. “But behind it all is the music and we very often bemoan the fact that because we were so open as people, which was intriguing and interesting, or maybe not, behind some of that we did take some blows in terms of the music at certain points in time”.
The internal romances and break-ups became tabloid fodder. “We often wanted to talk about the music instead of the ongoing soap opera,” he said. “It is really about the integrity of what we do. We have always taken the responsibility to make the very best effort to do that”.
Fame gave them money and ‘Tusk’ was simply money well-spent, according to Mick. “That to me was never an indulgence. It was a privilege and in truth, everyone you are speaking to paid for that privilege to present something to the listener and the people who enjoyed this band and reinvest our “hey-day” ability to do that where you can’t believe you can actually be in a studio for nine months but then you have to pay for it”.
Anything less than perfection was not an option when recording ‘Tusk’. “The fact that we didn’t say “lets spend three weeks in the studio and get the hell out and shove something out” actually speaks well of where this band puts its metal,” he said.
Fleetwood Mac will begin their `Unleashed` tour, their first tour in five years, on March 1st in Pittsburgh.
Nickslive at Tuesday, February 10, 2009
Share