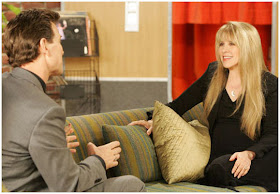 The Chris Isaak Hour Featuring Special Guest Stevie Nicks aired tonight (3/5) on A&E's The Biography Channel.
The show will be re-broadcast on the regular A&E Channel on Sunday March 15th at 7:00am (6:00 Central).
Grammy winner and Rock and Roll Hall of Fame member, Stevie Nicks gives us a sneak peak of "Gold Dust Woman" and "Stand Back" from her new CD. In an exclusive interview, Nicks talks to host, Chris Isaak about her years with Fleetwood Mac, her severe battle with cocaine and why she has never married. Isaak accompanies Nicks to perform songs that influenced her early career, such as "It's Late" and "Red River Valley".
One other song that I know of that was performed but wasn't aired was "Landslide". Preview video (including Landslide) can be found here at Recordnet.com 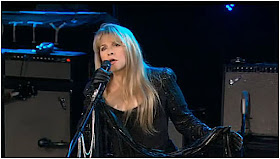 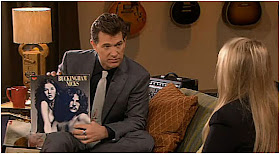