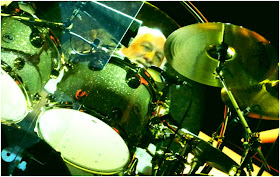 Fleetwood Brings Back Blues And Beats Pop Icons In The Process


You may know Mick Fleetwood as a blues artist, a legendary rock drummer or as one of the founders of the Grammy Award winning band Fleetwood Mac. But you may not know that this drummer has his own line of wine and that he recently beat out the Jonas Brothers, Nickelback and Britney Spears on iTunes the day his latest album “Blue Again” became available for download.

In a recent phone conference, Fleetwood reminisced about his blues roots. “We were very much just a formatted blues band,” says Fleetwood. “Our love for the genre of music was extreme.”

As the drummer explained, since Fleetwood Mac started off as a blues band in 1967, he was able to return to his blues roots with “Blue Again.”

And in what he defined as the “crazy Fleetwood Mac journey,” there were members that came and gone, one of them being guitarist/singer Rick Vito. “I got to know him as a player and as a friend,” says Fleetwood of Vito. The two friends worked together on Fleetwood’s album.

“How we got here is really an affinity and a love from Rick and myself with blues music,” says Fleetwood. “And hence ‘Blue Again,’ you know, blues once more.”

The album features new takes of classics like “Looking For Somebody,” “Rattlesnake Shake” and “Black Magic Woman.”

But that’s not all the drummer has going on for him. Fleetwood is currently on the road with Stevie Nicks, Lindsey Buckingham and John McVie for Fleetwood Mac’s sold-out North American tour — a first in five years.

“We’re right at the beginning of our tour which is going great, and as with anything you’re sort of nurturing some of the technical stuff and the production stuff to make sure everything is going,” tells Fleetwood. “So we try to pay as much attention to that until everything is as right as it can be.” 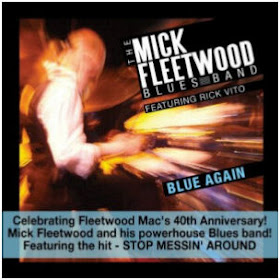 But until then, the band has plenty of shows to put on, and plenty of time to play around with the set list. “As the months go by we may, you know, have fun changing around the set, cause we are blessed with a chunk of excessive amount of songs,” jokes Fleetwood.

He says the set list was carefully thought about, and they made sure to include songs that had never been heard live before. “It’s all about what we’ve thought would be an interesting set, we’re doing ‘Storms’ which we’ve never done on stage.”

The concert will open with the hit “Monday Morning,” a song which they haven’t performed in about 30 years according to Fleetwood.

During the phone conference, Fleetwood also answered the question that’s probably on everyone’s mind: Why did it take them so long to return to the stage as a band?

“We had talked about this probably about 18 months, nearly two years ago and in truth, Lindsey did not put out a double album, he put out two single albums and that sort of put a dent in the planning of the timing of it.”

Fleetwood says this five-year gap worked out for the best, adding they have all “ended up happy and brought that energy” to the stage.

“We’ve all brought sort of things back into Fleetwood Mac, you know, certainly the fact that I’ve been very active playing as a musician, you know, I’ve gotta be in good shape to do this,” Fleetwood admits.

However, he says there was a time period in the 80’s where he ditched practicing to party. “I confess I was so busy sort of galavanting around and partying way too much that [drumming] got put by on the sideline.”

But this has obviously changed today, as the drummer says he’s been playing more today than in his early 30’s.