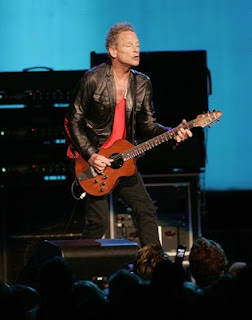 
How great would it be to reach a point in life where you only had to do things that were fun?

Fleetwood Mac, which has been around as a band since the 1960s and as a pop phenomenon since 1975, is there. The band shared the result with a crowd that reached the rafters of Time Warner Cable Arena on Saturday night.

There's no album to promote -- "yet," singer and lead guitarist Lindsey Buckingham told the crowd. That leaves the band's free to pursue its stated mission for the "Unleashed Tour 2009" -- have fun, and play the songs that are fun and important to them.

The show, two hours 25 minutes of non-stop music that paused only momentarily to set up two encores, does, sort of, support an album, though. "Rumours," the 1975 album that made Fleetwood Mac a big part of the pop soundtrack for a generation, is being re-released in conjunction with the tour. Of the 23 songs they played, seven were from that album, which has sold more than 19 million copies worldwide. 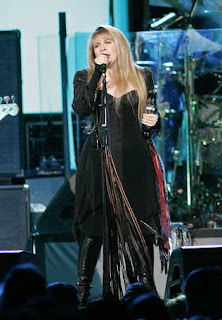 crowd sang along with "Rumours" staples such as "The Chain," "Second Hand News" and "Gold Dust Woman" sprinkled throughout the show. But that was not all Fleetwood Mac had to offer.

The passion for the work they shared was evident, notably in Fleetwood's wild-eyed looks on the big video screens and Buckingham's riff during "I'm So Afraid." But there are signs beyond Fleetwood's white beard and ponytail that they're getting older, too.

Nicks didn't quite hit the original highs in "Sara," and she and Buckingham couldn't generate the on-stage sexual tension they could when they were younger, during what Buckingham acknowledged was a "complex and convoluted emotional history."

Still, Nicks, at 60, can pull off wearing ankle boots with 6-inch heels without looking silly. And there was more than enough in the music to satisfy the big crowd and carry it to the end.

Buckingham's performance of "Big Love" celebrated a song he said explored both who he was and the power of change. It featured a brief embrace with Nicks near the end that drew a cheer. And the three-song span of "Go Your Own Way," "World Turning" (featuring a drum solo by Fleetwood, 61) and "Don't Stop" had the crowd on its feet.

If there's an album to be made at the end of this tour, it'll feature a group with plenty left to celebrate. If Saturday was an indication, it's still worth thinking about tomorrow for Fleetwood Mac fans.

Tomorrow could be fun, too.

Michael Persinger is executive sports editor at The Observer. "Rumours" was one of the first two albums he owned as a kid. "Hotel California" by the Eagles was the other.
Nickslive at Sunday, April 26, 2009
Share