REVIEW: Fleetwood Mac - Tour That's All About The Hits


The Deal: Four-out-of-five original Fleetwood Mac members reunite for tour that’s all about the hits. 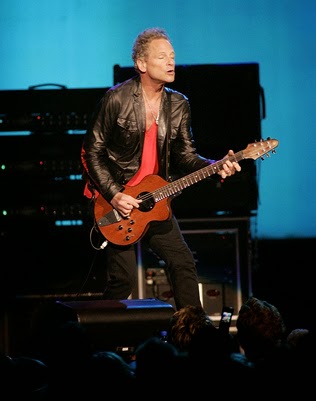 The Good: Lindsey Buckingham and Stevie Nicks, though the romantic relationship ended years ago, proved that the friendship still lasts as they walked out on stage hand-in-hand. While the show started off slowly with “Monday Morning,” the crowd got up and moving for the second song, “The Chain.” Buckingham addressed the crowd about the new tour saying, “We decided to just go out and have fun. There’s no new album…yet, so we’re doing the stuff we love.” Though in a recent interview with MTV, Nicks was quoted as saying, “When he goes onstage and does his little speech where he says, ‘You know, everything is great and we’re just all grown up now and we’re having fun,’ I’m just standing on the other side of the stage and going [rolls her eyes], ‘Whatever!’ Right now, we’re trying to be a little more on the high road, but let us go in and do another album, and bang! Back down to the bad, low road go we.” 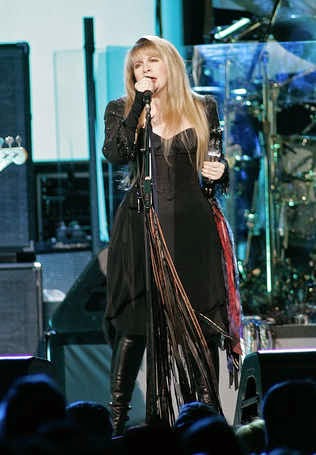 Regardless of any off-stage banter or possible in-fighting, none of it was apparent on Saturday night. Nicks’ voice was in good form, but she did change the vocal range at times to avoid hitting some of those high notes, such as on “Rhiannon.” The group reminisced about the old days as Nicks talked about joining the band and Buckingham talked about the recording of Rumours.

Throughout the night, Buckingham was clearly a focal point as Nicks would sometimes leave the stage and he was left to sing and show off his impressive finger-picking guitar work on songs like “Big Love,” “Never Going Back Again” and “I’m So Afraid.” He appeared truly appreciative of every ounce of applause that he received.

Nicks and Buckingham walked out hand-in-hand before each of the two encores as the band ended its regular set with “Go Your Own Way,” before encores of “World Turning” and “Don’t Stop” and a final encore of “Silver Springs.” At the end of “World Turning,” Mick Fleetwood went through a mad man’s ramble while hammering away on the drums.

The Bad: The only thing missing was Christine McVie.


The Verdict: A night packed full of greatest hits that left fans satisfied.