Fleetwood was known for keeping the band together 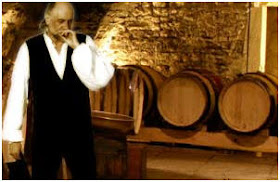 Fleetwood has paired his wine with Fleming's
Desert News
by: Valerie Phillips

Mick Fleetwood fussed with a finicky sound system while addressing about 125 diners at Fleming's Steakhouse last week.
"If I were a lead singer, I'd be able to work the microphone," quipped the co-founder and drummer of the legendary band Fleetwood Mac.
The Rock and Roll Hall of Famer was in town to perform at Wednesday night's Fleetwood Mac concert at EnergySolutions Arena.
But on Tuesday, he was at the Gateway, graciously mingling with restaurant patrons who paid around $100 for a three-course steak dinner accompanied by Fleetwood's Private Cellar wines.
He also posed for photos with each diner and gave them an autographed copy of his latest CD, "Blue Again."
As part of an "association" between the steakhouse chain and Fleetwood's wine label, he'll host Fleming's dinners at other concert stops along the tour.
While it draws business for the restaurant and promotes Fleetwood's wine, it also gives fans a rare chance to rub shoulders with a rock icon.
"People who pay $5,000 to a scalper for concert tickets don't get this close to Mick," noted his manager, Jonathan Todd.
Boomers who came of age when the band's 1977 "Rumours" album ruled the airwaves might not have expected Fleetwood's gracious, gentlemanly demeanor.
In an interview prior to the dinner, Fleetwood said his lifestyle has changed a lot since the hard-partying tours of the '70s and '80s. 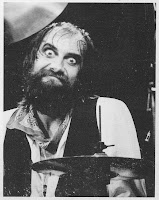 "In the early days, I was a wild, wild party animal. Life is making a bit more sense in terms of not hanging off the chandeliers in the evenings."
He added, "I'm 62, and quite honestly, you have to be reasonably healthy to do what I do. It is very physically demanding to deliver a 21/2 hour performance to the public."
In 1979, Fleetwood was diagnosed with hypoglycemia, or low blood sugar.
"At first, I didn't know what was happening to me. It taught me to eat in a fairly balanced way. The meter of my day is very similar in terms of what I eat, so my body knows what it's getting at certain times of the day."
The "aging rock-star diet" is apparently one of moderation. Breakfast is usually "Banana, oatmeal, maybe scrambled eggs, and then I stop. I have a lean steak, a little bit of pasta during the afternoon, and then I stop. It's all about not overdoing anything. I'm not into a crazy huge health thing, but I don't smoke, I drink wine and a lot of water. Drinking hard spirits is absolutely not on my agenda. It would horrify me."
He added, "I am truly blessed that as crazy as I was, which is as crazy as you can imagine, I stayed alive, and I am still here able to enjoy myself now."
Fleetwood was known for keeping the band together, despite members' emotional turmoil, romantic breakups and drug and alcohol consumption.
"We were a self-fulfilling prophecy. We enjoyed ourselves way too much, and that became way too stressful," he said. "Tours are a lot less stressful now."
He said when he started his wine business, "I reverted to what I believe in as a musician. You know what you know, so trust in what you know and keep it very simple. And stick to your guns."
Good advice for anyone.
Nickslive at Tuesday, June 09, 2009
Share