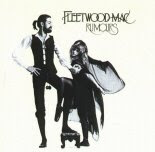 When Fleetwood Mac released Rumours in February 1977, it was an immediate hit. It perched itself atop the Billboard charts for a staggering 31 weeks and garnered four top-10 singles. But not everybody loved it. Some dismissed the album - and the band - as nothing more than a practice in pandering to mainstream pop audiences.
But why? The album has all the quintessential rock storylines caged within its 39 minutes including love and betrayal, sex and drugs, hatred and optimism - all delivered with an expertly orchestrated peek-behind-the-curtain touch. How could an album with such groundwork have been seen as just pandering to pop?
Full Blog Article
Nickslive at Wednesday, July 29, 2009
Share