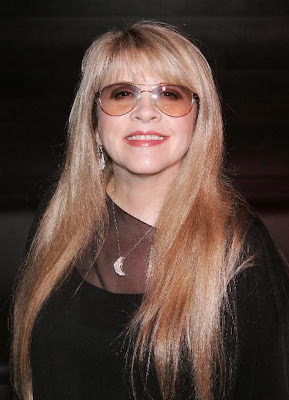 Well someone is planting the seeds for Fleetwood Mac to release a new album after this tour is over.  The Euro press is going gaga over (not Lady Ga Ga), but over the fact that Stevie mentioned they will be meeting in January to decide what to do next as a band. Whether it's the press picking up on what she said and running with it, or it was planted by their publicists, who knows... But I'm glad someone is paying attention to this - maybe it will send a signal that YES, we would like to see a new album from these guys!

Some of the press mentions:

The legendary band – who kick off their ‘Unleashed’ tour in Glasgow, Scotland, next Thursday – want to go back into the studio next year to start work on their first LP of original material since 2003’s ‘Say You Will’.

Singer Stevie Nicks says fans have a lot more to look forward to from the band, but say they can only start recording when they complete their dates.

She said: “When we're on the road, we barely have time to go and have a meal, let alone write new material. But in January we'll have a meeting and decide what to do.”

The legendary singer also claims the band – who were notorious hellraisers during their 70s peak – have finally grown-up and are having a great time on the road.

She added: "Fleetwood Mac still presents some amazing opportunities. Around thirty years ago, we were all so self-absorbed that we couldn't see out of our own corner. Things are a lot more fun now."