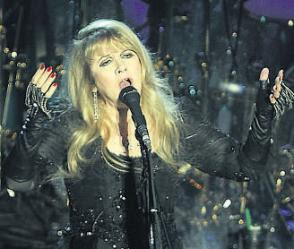 
THERE have been so many incarnations of Fleetwood Mac over the past 42 years that even the most avowed student of the band may have trouble keeping up.

The current guise comprises four-fifths of the so-called classic line-up that gave the world 'Rumours' in 1977 -- still one of the best-selling albums of all time. 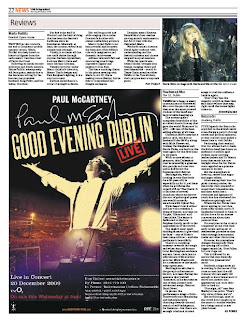 Christine McVie may have quit in 1998, but her ex-husband John McVie, along with Mick Fleetwood, Lindsey Buckingham and Stevie Nicks, are back on the road again for the first time in six years.

With no new album to promote, this Unleashed tour is ostensibly a greatest hits parade and over two-and-a-half hours the foursome duly deliver.

Buckingham, who is looking in very fine fettle for a 60-year-old, is especially up for it, not least when he produces the superb riff on 'The Chain'. It is the first of several occasions where he throws the sort of guitar-god poses one would normally associate with Spinal Tap. 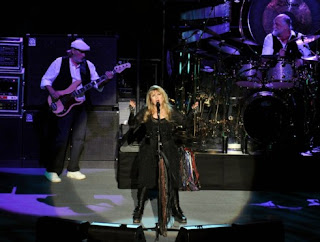 Nicks hasn't lost it either and her voice remains a thing of beauty, not least on 'Gypsy', 'Rhiannon' and 'Landslide'. The latter is dedicated to the late Stephen Gately, much to the appreciation of the crowd.

The night's most spell-binding moment is provided by 'Sara' -- one of Nicks's best compositions -- and she performs it beautifully.

There is a touching moment towards the song's end when she and former lover Buckingham embrace warmly. Later, she's just as affectionate with another ex-lover, Mick Fleetwood. It's a reminder of the band's soap-opera past.

Buckingham alludes to the group's rollercoaster history, not least during the sessions that yielded 'Rumours', as he introduces one of that album's less-celebrated songs, 'Second Hand News'.

In places, the performance drags a little -- Fleetwood's solo drumming and indecipherable chanting towards the end smack of self-indulgence, for instance -- but there are enough tried and trusted songs to reel the audience back in again.

'Don't Stop' has the capacity crowd on their feet and that's where they stay, right until the house lights come on.
Nickslive at Monday, October 26, 2009
Share