(UNCUT) WIN! One of 10 Copies of Fleetwood Mac's Very Best Of Double CD 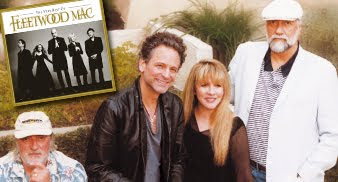 Win! One of ten copies of Fleetwood Mac's Very Best Of double CD!

Fleetwood Mac's anticipated remastered Very Best Of double album has finally got a UK release date of October 19 for the CD and digital versions.

The 36-track album, is being released on the eve of the Mac's UK leg of the Unleashed Tour which starts at Glasgow SECC on October 22.

In their career, Fleetwood Mac have sold over 100 million albums worldwide -- famous tracks include: "The Chain", "Go Your Own Way", "Dreams" and "Landslide".

To be in with a chance of winning one of ten copies of the Very Best Of double CD, simply log in and answer the simple question below.

This competition closes on Friday November 6, 2009. First ten winners drawn at random win. Please include your name and address with your entries.

In whose studio did Stevie Nicks record the first demo of Dreams?