THE VERSUS - OPENING FOR FLEETWOOD MAC OFFER FREE DOWNLOAD 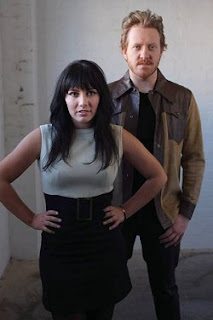 As confirmed earlier The Versus will be opening for Fleetwood Mac in Australia. They've recently signed with Warner in Australia, Fleetwood Mac's record company. They also have an EP coming out November 13th. The first single "Forever More" will hit radio in AU October 26th. They are offering the track as a free download from their website. I've downloaded it and it's pretty good - it has a retro 70's sound to it. They should be a nice fit for an opening act for Fleetwood Mac.