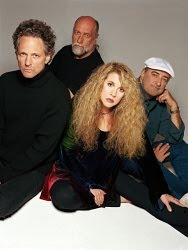 The Very Best Of

Fleetwood Mac are, and have always been, a bit screwed up. Like a tawdry soap opera dynasty, their story is one of intrigue, hedonism, depression and addiction. And of music - this particular family's golden, if schizophrenic, child.

Formed more than thirty years ago and frequently described in their seventies and eighties heyday as the world's biggest group, Fleetwood Mac have enjoyed global album sales in excess of 100 million and registered more than 30 hit singles in the UK, more in the US.