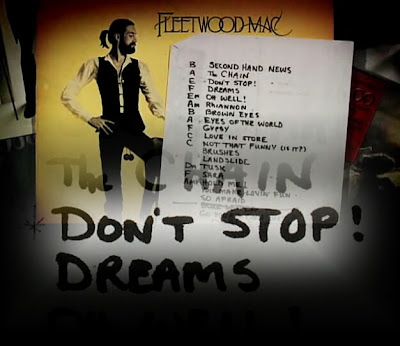 
Fleetwood Mac - Don't Stop lacked the caustic edge of the Rock Family Trees film about the band from 1995. That contained some great stuff about the fake Fleetwood Mac launched by their former manager Clifford Davis, true confessions from ex-guitarist Bob Weston about his affair with Mick Fleetwood's wife, and the one about addled guitar hero Peter Green wandering around with pieces of cheese in his hair. But inevitably director Matt O'Casey's new film had the advantage of being able to bring the story up to date, notably in a bittersweet coda reflecting on the still-unbridged chasm between Stevie Nicks and Lindsey Buckingham.

For all the doggedness of founding father Mick Fleetwood, who increasingly resembles a castaway from a tropical island - funnily enough, he now lives in Hawaii, along with original bassist John McVie - the Mac became the biggest band of their era because of Buckingham and Nicks. Of all the inter-band traumas, theirs was the most spectacular, intense and creative, and it still bites both of them hard to this day.

Nicks, in particular, wasn't pulling any punches. It hurt her when Buckingham wrote "Go Your Own Way" about her, and it still does: "Ladylike, prudish Stevie, which I am, was very offended by him saying 'shacking up is all you want to do', because I was not in any kind of shacking up mood. I was not shacking up with anybody."

By all accounts Buckingham has always been a gifted but bloody difficult band-mate - "one of those people that will go up on the cross to make a point, and die," as Nicks put it - but marriage and children have given him some equilibrium. Yet his history with teenage sweetheart Stevie is still a weeping scab. "Maybe in 10 or 15 years when Lindsey and I are 75, we'll be friends again, when Fleetwood Mac is a distant memory," she said wistfully. But like the Flying Dutchman, maybe the Mac can never stop.