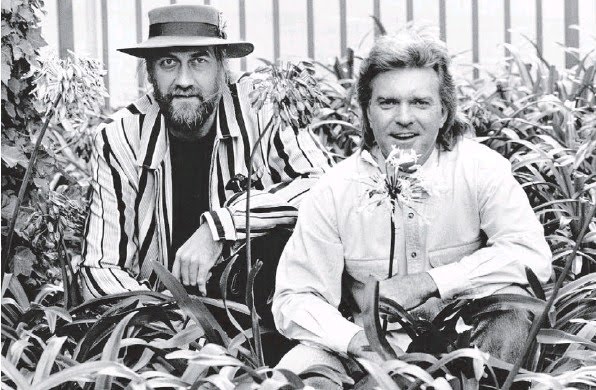 Mick from the Mac: Fleetwood Mac play at the Acer Arena tonight. They were founded in 1967 by British drummer Mick Fleetwood as a blues band but thrived on pop in the ’70s. Fleetwood is seen here (left) with the late Australian rocker Billy Thorpe during a 1991 visit to Sydney.