'Stevie and Lindsay do have an element of coexisting which requires walking on eggshells . . . but they know that' 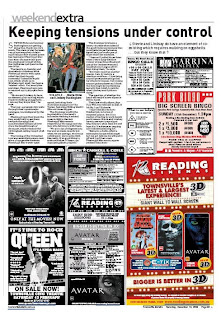 
Stevie Nicks and Lindsay Buckingham are getting along fine, thank you very much. The state of play between two of contemporary music’s most famous star-crossed lovers has fascinated Fleetwood Mac fans since Rumours laid bare the emotional turmoil within the California rock band in the late 1970s.

The band’s co-founder and charismatic drummer Mick Fleetwood admits with some relief that their hugely successful Unleashed world tour, which winds up in Brisbane next week, has been a ‘relaxed’ affair. Yet, even older and wiser, Fleetwood says care is required not to provoke flareups.

‘‘Stevie and Lindsay do have an element of co-existing which requires walking on eggshells . . . I can say they know that,’’ he says.

The tour, a greatest-hits waltz through their considerable catalogue, was instigated by the band.

Fleetwood says they knew the fans would rally to seethem perform the songs that soundtracked millions of lives since the breakthrough of Rumours, which remains the 10th highest-selling record of all time.

The drummer credits the inevitability of the band’s influence reaching a critical mass in 2009 to the fact Fleetwood Mac remain respectful of the songs and the fans who fell in love with them. ‘‘We put a lot of diligence into the way we make records but when we are on stage, we are not a slick band; we’re quite childlike really. It’s a good thing to make mistakes. It keeps you from being blase or bored.’’

The drummer lets loose a hearty chuckle when asked if the goofy facial expressions that punctuate his performance signal he’s just made one of those child-like mistakes.

‘‘I learned I pulled those faces whenI was a long-distance runner at boarding school and one of the teachers warned I would bite my tongue off if I kept doing them,’’ he says.

‘‘But there could be another reason. I am, by nature, a vicarious creature — I love being around passionate beings and for whatever reason, I love being around guitar players so I think the face might be me thinking secretly that I wish I could do what Lindsay and John are doing.’’


The question of whether the band will record a new album is still in doubt.

Their last studio album, Say You Will, was released in 2003. It hit No. 3 on US charts.‘‘I don’t feel like we have finished yet, in terms of recorded output. But it is a matter of having to work closely and it means Stevie and Lindsay have to see eye-to-eye about who they are, what they are and howit is. It’s always an ongoing and delicate balancing act.

‘‘Being in a studio offers a microcosm for potential angst butmygut tells me we will pull it off and you’ll have new Fleetwood Mac music, sooner (rather) than later.’’