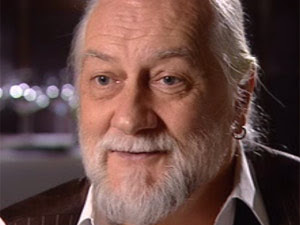 
Fleetwood Mac took to the stage at New Plymouth's bowl of Brooklands on Saturday night in the first of their two sold-out concerts.

At 62 Mick Fleetwood is savouring the finer things in life such as the adoration of 17,000 fans watching him perform.

"This is a real book marker in Fleetwood Mac's history, coming back here. I hope we make it through the gig," he said before the concert.

The last time Fleetwood and his band were welcomed for a Kiwi concert was back in 1980 but the band is still playing music and still touring the world.

Fleetwood has now spent over 40 years in showbiz as it was 1967 when he first drummed for the original Fleetwood Mac.

As they have wracked up their hits the group has battled through arguments, drug addiction and about six or seven different guitarists.

Through it all Fleetwood Mac still sells. Tickets to the New Plymouth concerts were sold out and the best of album has spent weeks in the New Zealand charts.

With younger generations of fans these days Fleetwood says the band's next Kiwi concert will not be such a long wait. 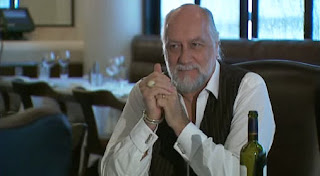 
Fleetwood Mac are on of music’s iconic bands.

Formed in 1967 in London, they have seen numerous line-up changes – beginning as a straight Blues band, they morphed into a more pop-oriented group.

The man behind the helm is Mick Fleetwood.

It has been 29 years since Fleetwood Mac played in New Zealand; their drummer and namesake now an impressive 63-years-old.

Fast forward nearly three decades, and Mick Fleetwood is glad to be back, aware that after all the drugs and inter-band relationships between Lindsay, Mick and Stevie – they are lucky to be around.

“Yeah, the passion or desperation, or the fear factor,” says Mick about what has kept the group together.

Passion, that is, allowing them to make music for 42 years.

“Coming back here is a real line in the sand in terms of, you know, we will wake up sweating. Those dreams, sit up, oh my God, we didn't do that did we?”

They probably did, but regardless, it all resulted in great music.

Their songs and rock and roll lifestyle are now ingrained in pop culture.

The first ever episode of Flight of the Conchords even contained a Fleetwood Mac joke; Rhys Darby keen to interrupt our interview and get Fleetwood's take on it.

“When I did the gag about you guys and the album ‘Rumors’, just going back, Brett said ‘Oh, do they have foursomes?’ and I said, ‘No, it’s just rumours’, did you appreciate the gag?” Darby asked.

Mick did appreciate it.

“We have a humour about the fact that our lives were incredibly public. Really we were stupid enough to do interviews like this and talk openly about who we are and what we are,” he said.

It is that openness, combined with the bands musical talents that have led to 100 million in record sales, and now, 42 years in, two shows in New Plymouth.
Nickslive at Saturday, December 19, 2009
Share