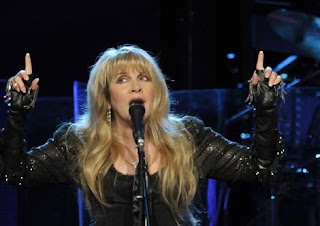 
DESPITE being mired in acrimony, Fleetwood Mac's finest album, Rumours, has sold more than 30 million copies around the world. And singer-guitarist Lindsey Buckingham said it was worth suffering for their art.

''We've had a fairly complex, convoluted and emotional history - it's not always been easy - but in the long run, it's been worth it,'' he said.

With no new album to spruik, last night the band played a greatest-hits set for the fans at Rod Laver Arena, focusing on songs from Rumours, the 1975 self-titled album and 1979's more adventurous Tusk.

Monday Morning, The Chain, Dreams, Gypsy and Rhiannon set the scene before Mick Fleetwood emerged from the drum kit to lead the band in its tribal anthem, Tusk.

There was the odd solo track from Stevie Nicks and Buckingham, but the band has become so omnipresent that Fleetwood will return in February with his other group, the Fleetwood Mac Blues Band, to play the group's early blues material.

Draped in a black shawl and wearing leather gloves, twirling and clutching at the black scarves dangled over the microphone stand, Nicks' husky US west coast voice was as mesmerising as ever.

At the end of Sarah she approached Buckingham's microphone, lowered it and sang the last line before embracing her ex-lover.

On the first night of summer, it was a reminder to the ecstatic cross-generational crowd that music can heal the deepest rifts.
Nickslive at Tuesday, December 01, 2009
Share