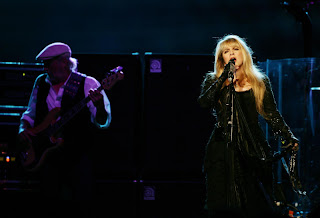 MUSIC is always at its most powerful when it pushes your memory buttons and Fleetwood Mac carressed and pummelled all those sweet spots at Acer Arena last night. 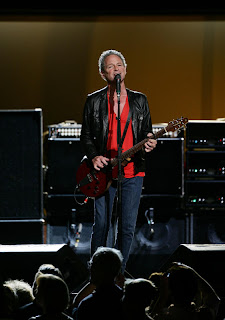 The veteran band who ushered in the west-coast sound has lost none of its fire but gained the self-awareness afforded by survival in the music business, using their legendary tensions, relationship breakdowns and drug problems to introduce so many great songs from Rumours and beyond.

Stevie Nicks may shirk just a few high notes now and then but her rendition of the soaring Sara was enough to bring tears to your eyes.

Lindsey Buckingham was in extraordinary form with his guitar solos and vocals but a little too in-your-face during those grunting moments.

The men holding it all together were chalk and cheese _ bassist John McVie the understated engine room while the delicious craziness and astonishing energy levels of Mick Fleetwood were enough to keep you gasping.

Hit after hit after hit, the setlist would represent the Holy Grail to any band who has only a couple of records under their belt.