SUPERGROUP FLEETWOOD MAC BROUGHT THE HOUSE DOWN IN PERTH 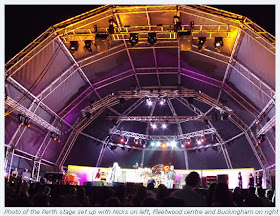 Seventies supergroup Fleetwood Mac have brought the house down at the first Perth concert of their Australian Tour at ME Bank Stadium last night.

Under a starry sky perfect for the theatrics of star-crossed lovers Stevie Nicks and Lindsey Buckingham, Fleetwood Mac superbly played the smash hits that brought them fame and fortune across 20 years.

The superlative ballad Sara was sung with passion and feeling by Stevie Nicks early in the sold-out performance, with a reminder Lindsey Buckingham was “the poet in her heart.”

struggles. At different times, Stevie Nicks, Lindsey Buckingham and even Mick Fleetwood spent
minutes talking to the Perth crowd as if they were old friends.

Once again, fans could see the on-again off-again relationship between Stevie Nicks and Lindsey Buckingham through many of their hit songs they played, including Never Going Back Again
and Second Hand News. 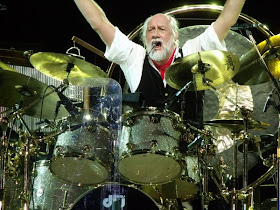 And when Lindsey Buckingham made eye contact with Steve Nicks as he sang the poignant Go Your Own Way, they were transported back to their deep emotional past, with lyrics including “If I could, maybe I’d give you my world, How can I, when you won’t take it from me.”

he super-fit Buckingham starred on guitar as the familiar opening riffs were greeted with a roar by the happy crowd of 12,000 on a warm summer night. As always, Fleetwood Mac band founder Mick Fleetwood kept the crowd entertained with his antics and adorable drumming, while co-founder John McVie let his bass guitar do the talking through songs like The Chain.

The band moved smoothly through songs from the Number 1 best-selling albums Rumours and Fleetwood Mac, as Stevie Nicks warbled her way through hits like Say You Love Me, Landslide (so beautiful it became a Dixie Chicks hit years later) and the signature Rhiannon, the tale of the Welsh witch with Nicks-inspired lyrics including “all your life you’ve never seen, a woman taken by the wind.” This was Stevie Nicks at her best, with the flowing gowns and lace shawls flying once again as, right on cue, the warm Perth wind raced through her long blonde hair.

The band loves Perth and it showed. Fleetwood Mac came on just before 8pm and played passionately without a break till well after 10, before an extended encore and another extended return to the stage because of the crowd reaction. 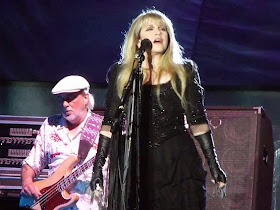 It was almost a return to the carefree era of San Francisco in the 70s, prompting Stevie Nicks to tell the Perth crowd how they opened to Janis Joplin and Jimi Hendrix in front of 70,000 people in San Fran.

Lindsey Buckingham's spellbinding performance on vocals and guitar finished with a promise to Perth fans that they would be back.

Fleetwood Mac play another sold out concert in Perth tonight before they leave on Sunday for their final Australian gig in Brisbane, before flying on to New Zealand. Maybe it's Perth's California-like weather, or the always-warm reaction of Perth crowds that makes Perth appear to be their favourite Australian city.

It was touching in more ways than one to see Stevie Nicks and Lindsey Buckingham embracing and holding hands on stage in Perth, testimony to their recognition of the deep, enduring feelings that produced the emotional songs loved by audiences world-wide.

Judging by their stirring Australian concert in Perth last night, Fleetwood Mac’s Unleashed Tour is
another stellar achievement by one of the world’s favourite and enduring supergroups.